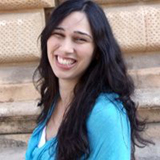 After decades characterised by a scarcity of good news in the field of Tuberculosis (TB), more recent advances in diagnostics and treatment, as well as public policy, provide some cause for optimism for those who work to eliminate the disease and the many patients who may benefit from access to effective treatment.

Recent years have ushered in the introduction of the first new diagnostic tool for TB since the centenary sputum-based microscopy test, two new TB drugs, (bedaquiline in 2013 and delamanid in 2014), and a shorter course regimen that halves the duration of treatment for some multidrug resistant forms of TB (MDR-TB).

Adherence with long-term, arduous drug treatments for TB are challenging for patients therefore the effective shortened course regimen marks an effort to improve patient compliance and the quality of life. The WHO incorporated the short course regimen into their TB treatment guidelines in 2016 and other even shorter regimens, including patients with extensively drug resistant (XDR) TB forms are being studied. Additionally, just last month, the WHO launched updated guidelines for the management of latent forms of the disease. These guidelines include the simplified option of administering a combination of rifapentine plus isoniazid once a week for three months instead of isoniazid daily for six months.

While these are very positive changes that could improve diagnosis and care, they are not enough to achieve the ambitions outlined in the UN Sustainable Development Goal of eliminating TB by 2035. Globally, the number of TB cases is indeed decreasing. Yet, it is happening at the very slow rate of less 1.5%/year. The desired decline to achieve the UN goal would trend toward 10% by 2025 and 17% before 2035.

Every day 5,000 children, men, and women die of TB. Early diagnosis and treatment would prevent most of these deaths. However, it is estimated that 40% of all TB cases are not even identified. New, accessible, and more accurate diagnostic tools, that also perform well in children and people living with HIV, and the development of shorter, affordable, and less toxic regimens for both drug sensitive and drug resistant TB are key development postured to improve the situation. These advances will only make a difference if they are implemented.

Unfortunately, the uptake of the new approaches in diagnosis and treatment has been slow. Only 1 in every 5 people with drug resistant or DR -TB receives treatment. New drugs bedaquiline and delamanid are available to a shockingly small fraction of people that need them: MSF estimated that, in 2016, 5% of patients eligible to the new drugs received them. The global uptake of GeneXpert is still low. In 2017, WHO reported that of the 48 high burden priority countries, only 28 had adopted national algorithms having GeneXpert as the initial test for detection of pulmonary TB.

Despite being a global problem and major killer, TB was neglected for many years. Huge gaps in the research and development necessary to stem the tide of TB remain. We will not be able to really eliminate TB without more effective ways for preventing infection, before and after exposure to the bacilli. For example, it is hard to believe that the only vaccine currently available is the 97-year old Bacillus Calmette–Guérin or BCG vaccine. The BCG vaccine offers only partial protection for the most severe forms of TB during early childhood.

Political engagement demonstrated during the First Global Ministerial Conference on Ending TB in Moscow in November 2017 courts some optimism. Recognizing that a multisectoral approach is necessary to change the current global trend, the primary objective of the meeting was to accelerate progress towards the goal of eliminating TB. The conference also served as a precursor to the first UN High-Level Meeting on TB scheduled to take place in September 2018.

The Global Ministerial conference yielded the Moscow Declaration to End TB. It is a refreshing change to see a commitment from government ministers to increase domestic funding not only for clinical care, but also for bridging the gap in the research and development necessary to introduce new and better approaches to prevention, treatment, and care. Universal health coverage is essential because it ensures the most vulnerable and key populations affected by TB, will not be left behind.

Tuberculosis can infect any person and is a major disease among people of working age. It generates and reinforces a cycle of ill-health and poverty, and emboldens catastrophic implications for individuals, families and the society as a whole. Being able to eradicate TB will enrich communities and countries and our leaders should envisage that.

There appears to be some momentum behind the push to end TB’s reign in the list of serious threats to global health. We should take this chance to keep pushing for results that will change the current scenario, especially with the engagement of the civil society. We need innovation, but most importantly, we need to make those innovations available to everyone.

Ana Paula Cavalheiro is the HIV/TB/Hepatitis Implementer for MSF-UK and an infectious disease specialist who previously served in MSF-TB field programmes based in Tajikistan (MSF-Netherlands) and Uganda (MSF-Brasil).