Last week I discussed Austin Bradford Hill’s 1965 lecture, “The Environment and Disease: Association or Causation?”, in which he outlined what he called “nine viewpoints” that he suggested could help in analysing causation in associations between two variables. I pointed out that his viewpoints, commonly called criteria, are no such thing, or at least only one is, and that we might better refer to them as guidelines.

A guideline was originally literally a line used as a guide, synonymous with a nautical guy, a rope used to guide and steady anything that is being hoisted or lowered, or a guide-rope, a small rope attached to an object to be raised or lowered by a crane or pulley, in order to guide it (definitions from the OED). The entry on “guy” in the Sailor’s Word Book: An Alphabetical Digest of Nautical Terms (1867), compiled by Admiral W H Smyth and revised for publication by Vice-Admiral Sir Edward Belcher, describes the various types of guy that sailors might use: 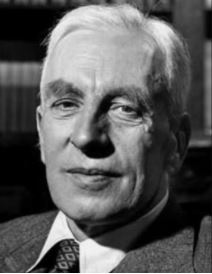 By the 1940s the word “guideline” began to be used figuratively. The historian Arnold Toynbee (pictured), in an essay titled “My View of History” in Civilization on Trial (1948), described the national history of England as the “principal guide-line” to modern Western history. 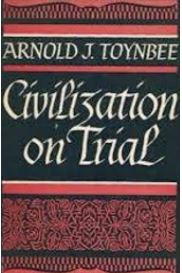 The idea of clinical guidelines originated at about the same time, in Italian and Portuguese publications, where they were described as “orientamenti”.  In English the earliest reference that I have found is in a 1955 paper titled “Guidelines to community development programs”:

“In general. there appear to be two basic types of culture change: One may be called ‘spontaneous,’ or perhaps ‘evolutionary,’ in that the change happens without the conscious efforts of individuals or groups, and the otlher may be called ‘directed,’ or ‘guided,’ in that group planning and action leads to goals which, it is thought, will promote a happier, healthier, better educated, and independent society.”

“Guide” comes from an IndoEuropean root, WEID, to look at or see. Wit and wisdom give us the ability to see and understand. White things are easily seen. Guise is how you look and disguise an appearance one assumes. In Greek ἰδέα, from the verb ἰδεῖν, to see, meant outward appearance or semblance; the Latin derivative, idea, came into English unchanged in the 14th century. And “idol” comes from the Greek word εἴδωλον, an image, phantom, or likeness.

WEID also gave the Latin word videre, to see, from which we get “evidence”, on which one would generally expect guidelines to be based. When I searched PubMed for papers in which the terms “guideline[s]” and “evidence[-based]” appeared in the titles, I retrieved 3208 hits, but omitting “evidence[-based]” yielded 66,088, not an encouraging comparison. Searching for the same terms as textwords, yielded 74,163 and 387,044 hits respectively, a fourfold better proportion, at nearly 20 percent, but still not entirely reassuring, albeit a crude measure.

As an illustration of this, when I joined Robin Ferner and his Birmingham colleagues in a systematic review, exploring published guidelines for monitoring the adverse effects of antihypertensive drugs, we found 19 sets, differing from each other in several details and based on very little evidence. We concluded that “the current lack of consistent and workable instructions poses serious difficulties for practitioners”. We therefore synthesized a set of proposed guidelines based on the published recommendations for which there was general or at least majority agreement, using clinical judgement to resolve inconsistencies. It would nevertheless be good to have some guiding evidence to support our recommendations.