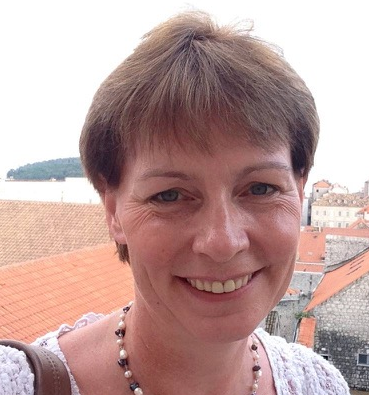 My Mum always told me to be wary of doctors, a statement she had good cause to make in light of some of the care my disabled brother received. Recently, I’ve found myself thinking back to a specific time my brother was admitted to hospital as a teenager. That experience shaped how I viewed hospitals and continues to influence me as a doctor today. I think it’s worth us all remembering how strange and scary hospitals are for those who have a disabled child.

My brother Iain had Duchenne muscular dystrophy. In the genetic lottery, it’s a pretty ghastly set of cards to draw. From a normal start in childhood, most affected boys never get beyond a limited ability to walk, followed by slow wasting over several years until they cannot manage even the simplest of daily tasks.

Around the time in question, when he was in his mid teens and I was a medical student, Iain ended up in hospital. I don’t recall how long he was there, though it seemed like several days. What I do remember is that there could not have been a more unsuitable environment for a disabled teenage boy.

When you are living with a disability, one of the coping strategies is to develop your own routine. The problem with hospitals is that they too work to a routine. And it’s unlikely that the pattern of yours and theirs is going to match. I remember clearly that Iain needed help to be turned approximately every hour overnight. At home he would call out, one or other of my parents would shuffle through, adjust his position, and then return to bed before being called again around an hour later.

In hospital, however, patients were turned according to when the charts said they should be. We were distressed to think of Iain being turned according to a timetable rather than “as required.” Each time he dropped off to sleep he was woken for a routine “turn,” then lay awake at other times begging for a shift in position only to be told it wasn’t the time yet. He hated every minute of it.

The power imbalance between patients, their families, and the staff in hospitals can be very scary. It can be hard to question what is happening, or to ask for more information. As a family, we were concerned to find the ward house officer returning repeatedly for more blood samples, without any explanation. This was a traumatic experience, with all four of Iain’s limbs being contracted and misshapen. Venepuncture was challenging for both doctor and patient, and on the last occasion was undertaken by the appropriately named “femoral stab.”

Finally, my mother plucked up the courage to ask what was so wrong that he needed so many samples. It was hard to know how to react when we were informed that the problem in fact lay with a faulty laboratory analyser.

We knew he wasn’t thriving in hospital and within a short time my parents made the decision to request that he be discharged home. They were terrified that this would tarnish my future prospects as a medical student, but felt they had to act.

The story has a happy ending, in the sense that Iain did get home.  My parents simply scooped him up into his wheelchair and brought him back to the house. It took him a while to recover but he did over time.

Iain later died in his sleep at the age of 21, part way through an Open University science degree. He had several more fulfilling years and he certainly got something out of seeing me through to qualification as a doctor. He had a clear view that he would never be admitted to hospital again.

I sometimes wonder whether the story would play out the same way today—there is much talk of being “patient centred” and holistic, so perhaps the difficulties we experienced back in the 1980s would not be a problem now. Although when I’ve spoken with friends who are disabled, it seems that the mismatch between patients’ and healthcare professionals’ routines in hospital can still be a problem, even in 2018.

Perhaps bizarrely, my experience as Iain’s sister made me more determined than ever to work as a hospital doctor. With the optimism of youth, I had a sense that I could change the world. I couldn’t help feeling that there had to be a better way to do this—that we might work in partnership with patients and their relatives. Over 30 years on, I think we still have work to do.

Since the outset of my medical career, I have seen myself as a translator. Whether it’s for patients or their families, I have tried to interpret for them the mysteries of their illnesses and the treatments we offer. I feel passionately that we need to provide written information for people—it’s hard to take in new information when you are scared and vulnerable. So ever since I was a house officer, I’ve been scribbling notes for people and drawing them pictures.

We need to do everything we can to redress the imbalance, not only in power and knowledge, but also in our respective states of mind. Many of our patients may be feeling scared or even frightened witless when, for us, it’s just another day at work.

And, remembering those multiple blood samples, I’ve never forgotten the importance of a good apology. Even if it isn’t your fault, saying sorry is important to break down the barriers of lost faith in the system. We all want a good outcome.

I’ve always disliked the phrase “discharged against medical advice.” If someone wants to leave the hospital, they will have their reasons for doing so. And rather than judging people, I believe we should support them.

My Mum is less wary of doctors than she used to be. But I carry her words with me to this day.

Patricia Cantley works as a consultant physician in the Midlothian Hospital at Home Team, offering an alternative to hospital admission for frail and older patients. She also works in the Royal Infirmary in Edinburgh and in the Community Hospital in Midlothian. She tweets under her married name of Elliott as Trisha_the_doc