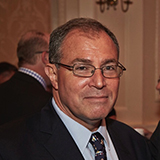 The Foundation for a Smoke-Free World, Inc. (the “Foundation”) was established to accelerate an end to smoking. The rationale for the Foundation and initial thinking on its activities have previously been described. It arose out of extended discussions with Philip Morris International (PMI). Discussions that I never thought I would have based on a deep justifiable distrust of how tobacco companies have thwarted progress on tobacco cessation. And continue to do so today.

When I first started talking to PMI, I had the same kind of deep emotional reaction that is being expressed by close colleagues today. Over months, after considering evidence of the benefits of reduced risk products, closures of traditional cigarette factories, and reduced demand for leaf tobacco, I concluded that the harm reduction road would have a huge public health benefit for smokers, and it could achieve progress much faster than is currently underway. A Foundation could meet the needs of the global community by producing better science and research to underpin cessation and harm reduction.

The Foundation’s initial funding source is Philip Morris International (“PMI”). An enforceable pledge agreement legally binds PMI to provide the Foundation with US$80 million annually for 12 years, as long as the Foundation’s independent board of directors certifies annually that it remains focused on ending smoking and addressing the consequences of reduced tobacco use on tobacco farmers.

This funding arrangement, and the history of industry-funded initiatives, have understandably raised questions about whether the Foundation can truly operate independently and in the genuine interest of public health. I am certain that it can.

Independence from the tobacco industry is a core element of the Foundation’s purpose and goals as articulated in its Certificate of Incorporation and Bylaws.

The Foundation is informed by the principles and criteria for accepting tobacco industry funding first articulated in a Tobacco Control paper by Cohen, et al. (2009). The Cohen paper provides a valuable perspective in evaluating a model of tobacco industry funding that would be acceptable to the tobacco control research community. The paper presents a set of criteria for evaluating funding models and the Foundation has put those principles and criteria into practice, for example by establishing an independent Scientific Advisory Board. The Foundation has sought advice from colleagues on how to operationalize these principles and how it might go beyond the criteria, and include some of those suggestions below.

We firmly support the major provisions of the Framework Convention on Tobacco Control, and will support research related to adult smoking cessation, harm reduction, and innovation, as well as for the development of alternative livelihoods for vulnerable smallholder tobacco farmers. Increased pricing, bans on sales of tobacco to children, and bans on smoking in public places remain at the core of long term tobacco control actions. Focused attention onto smokers could speed up these trends especially if we used a range of new technology options and adapted them to meet the needs of low income smokers.

The Foundation plans to mainly provide large-scale, multi-year funding support to centers of excellence that will not only drive large-scale research programmes, but also build human and institutional capacity, particularly in developing countries where most smokers live. An additional benefit of this approach is that the receiving centers’ own institutional governance arrangements will act as an additional layer of oversight and scrutiny to ensure the independence of the research.

The Foundation supports transparency in research, and intends to ask all grantees to pre-register their research and make their raw data available for re-analysis. It will publish all the findings of its grant recipients, regardless of the studies’ success or failure, and will support grantees’ freedom to publish their findings, studies, and results.  We also support the proposals advanced by Nature to strengthen the reliability and reproducibility of published research.

The Foundation is agnostic about specific approaches to ending smoking: independent, peer-reviewed research findings, along with real-world evidence when available, must determine which technologies and interventions merit support or further development.

With these measures underway or in place to ensure our independence, we have started our work to accelerate the end to smoking. As new data and insights start having an impact, I am confident that colleagues will come to recognise the Foundation’s value and contribution to advancing tobacco control science—work that is urgently needed if we are to meet the demands of most of the billion smokers seeking ways to quit or reduce their risks substantially. I have dedicated 40 years to the quest to help people stop smoking. This Foundation gives those committed to progressing this the ability to move faster. This initiative will remain highly contentious to many. In time I know that our actions and programmes will deliver results for smokers seeking healthier lives and for farmers seeking more secure livelihoods.

Finally, our plans are not based on us trusting PMI. We have in place means of verifying whether our interactions are truly independent and whether our science is solid.

Derek Yach has worked in roles with various organizations including the South African Medical Research Council, World Health Organization, Yale University, Rockefeller Foundation, PepsiCo, Vitality (part of Discovery Ltd), and currently as the President of the Foundation for a Smoke-Free World.