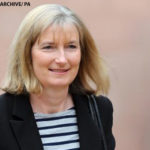 There is nothing new about winter pressures in the NHS, but those pressures have become relentless, extending into traditionally quieter months and deepening in intensity over the winter. It is time for the government not only to address the current crisis, but to look over the horizon, and take a whole system approach covering the NHS, social care, public health, and infrastructure.

An upswing in norovirus and flu over the past fortnight seems to have been the final straw for a system that is already stretched to the limit. NHS England had little choice but to implement emergency plans. But unless the government addresses the underlying lack of resilience and systemic issues, then these unsustainable pressures will result in a further collapse in routine waiting time standards.

Increasing life expectancy is one of the greatest successes of our age, but there has been an abject failure on the part of successive governments to plan for the sheer scale of the long term demand that this brings, and the costs associated with demographic change. Nor have they planned for the necessary integration of health and social care.

The House of Lords Select Committee set up to examine the long term sustainability of the NHS rapidly concluded that it could not do so without including social care. A green paper on social care for older people is expected in summer 2018. The government needs to take note before repeating the mistakes of the past. A green paper that looks solely at long term funding for social care for older adults will miss the point. These systems cannot be considered in isolation from each other. It would also miss the pressing need for the government to reverse the cuts to public health and to use bold policy levers to prevent avoidable harm and tackle health inequalities.

No one should underestimate the challenge of delivering policy change in a hung Parliament or at a time when so much government energy is consumed by Brexit. It will take political courage from both front benches to suspend business as usual and put the interests of the public first. The tendency to slam any proposals put forward by their opposition for example as a “death tax” or “dementia tax” has long stifled reasoned debate about how we fund and fairly spread the rising cost of health and care.

Many of the options have already been described, for example by the Barker Commission and recent House of Lords inquiry. The reality is that everyone who can afford to do so will need to be prepared to contribute more if we want the NHS to remain a universal service, free at the point of delivery, and meeting our needs both now as well as in the future. In my view, this cannot fall entirely on working age employed adults. It also needs to consider inter-generational fairness, wealth, and contributions from those who are self employed. As graduates struggle with student loans it would be unfair to expect them also to shoulder the increasing costs of health and care for those in retirement irrespective of their wealth. We should look at ideas for an hypothecated health and care tax, for example, paid by those over forty and with income from any source above a set threshold. Charging and top up fees bring higher transaction costs and widen health inequality, but all these options, alongside their advantages and unintended consequences, should be clearly set out for the public to consider.

The consequences of a failure to invest enough in the NHS, social care, and prevention to keep up with rising demand are becoming increasingly obvious.

Since 2010, total health spending has risen by an average of just over 1% per year. This is far lower than the long term average increase of around 4% and comes at a time of extraordinary rise in demand and the costs. Real terms cuts to social care and public health have added to the strains.

There would be no better way for the prime minister to demonstrate her commitment to the NHS in its 70th anniversary year than by providing true leadership in helping to make sure that it has a sustainable long term future.

Sarah Wollaston is the MP for the Totnes Constituency and Chair of Health Select & Liaison Committees.