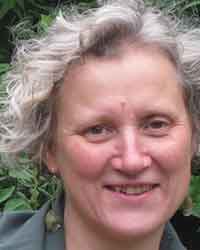 I often see articles, posters, and advertisements stating that early diagnosis of cancer “saves lives.” An implication that general practitioners are not “doing enough” or that people “ignore symptoms” usually follows. GPs are now encouraged to investigate if there is a “3% or more cancer risk.” Does this way of talking about cancer actually make any sense?

Talking about “cancer” as if it is one disease is outdated and simplistic such that “early diagnosis of cancer” becomes a term without meaning. Are we talking about what Welch calls “turtles” (cancers that never cause trouble), “rabbits” (which may benefit from earlier diagnosis), or “birds” (virulent cancers that arise and spread rapidly whatever we do)? [1] For many cancers we have little understanding about their natural history, their spectrum of virulence, and how to predict tumour behaviour. We know that a Basal Cell Carcinoma is a skin cancer; early diagnosis is hardly the relevant issue. We do not speak of “earlier diagnosis of infection,” as this would include self-limiting URTI’s, chronic infections like HIV, or acute crises such as systemic sepsis. Like these diseases, cancer has a range of different meanings requiring different diagnostic strategies.

The 3% figure is “considered preferable” in the NICE guideline, [2] partly influenced by expert opinion and partly by public opinion about what referral thresholds for possible cancer symptoms should be. Yet the question is not framed to the public as “what if cancer is 97% unlikely,” to see whether opinions changed (it is likely they would). Nor are discrete choices offered about possible effects on services; for example, would people still want cancer referrals to happen at 3% risk if it resulted in children or people with heart disease waiting longer instead? Investigating people with very low risk could delay investigation for some people with true cancers, if systems become overloaded.

We are also poorly equipped to consider how much harm we should tolerate from low threshold cancer investigations. Harms include costs and inconvenience for sure, but incidental findings of dubious significance can also set off cascades of unnecessary investigations and treatments; some cancer investigations, such as colonoscopy, have small but definite risks of death.

Furthermore, in routine clinical practice how could one ever put such a precise number as 3% on a risk of cancer in someone with a given set of symptoms? Cancer can enter almost any differential (or not), usually only being ruled in with emerging events, such as new symptoms, progression, or failure to resolve. Many symptoms, such as headache, are so nonspecific as to be little use, and brain cancer specialists agree that imaging is most useful when there are evolving and progressive symptoms such as weakness or other neurological symptoms. Therefore diagnosis will inevitably take time, maybe months, while things evolve.

Frustratingly, even high risk, so called “red flag” symptoms do not predict cancer very well; the positive predictive value for haematuria in patients over 60 years old is only 2.6%. [3] Most ovarian cancer symptoms are of low positive predictive value if present alone (between 2 and 5% at best). Even if more than one symptom is present, the positive predictive value remains in single figures. [4] The authors of this study stated; “We cannot tell…if expediting the diagnosis by this amount would yield clinical benefits,” which is hardly encouraging. Yet somehow the 3% threshold has now become the norm and quoted with authority in policy documents and protocols.

We do know that expediting the diagnosis lengthens the survival time, the time from diagnosis to death. Evidence suggests that overall mortality from breast cancer has been little changed by screening and early diagnosis programmes, although there is clear evidence of overdiagnosis (where incidence increases massively, but death rates are unchanged). [5]

Finally, “early diagnosis” of cancer means some patients get a diagnosis that is unnecessarily life changing. A 52 year old with lower urinary tract symptoms ends up having tests revealing a PSA of 12 that later settles to 3, and ends up on active surveillance for a few cancer cells found on a probably unnecessary biopsy. A middle aged woman has a mastectomy that may not have been needed. These are disease burdens with consequences. He may give up work to attend to his “bucket list”, affecting his financial security forever, her self-image and sexuality are affected; anxious families watch and wait in fear of recurrence.

While “early diagnosis of some cancers delays death a little, for some people” is not a slogan that fills fundraising coffers, we must stop talking about cancer as if it is one disease. Cancer is complex, our language should reflect that complexity.

Competing interests: I have co authored a book called Mapping Uncertainty in Medicine: what do you do when you don’t know what to do? by Avril Danczak, Alison Lea, and Geraldine Murphy. RCGP books.