How reliable is the data collected about detentions under the Mental Health Act? Veena Raleigh looks at the data quality issues and their implications. 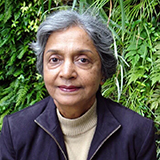 People generally seek healthcare services voluntarily. A singular exception is people with serious mental health problems who are assessed as posing a risk to themselves or others, and are compulsorily admitted to hospital under the Mental Health Act. Given the necessary, but exceptional powers under the Act to deprive people of their liberty and provide treatment without their consent, it is imperative that we understand how these powers are used. Yet, as a result of changes in the way data is collected, we do not have accurate figures on how often the Act is used. This is unacceptable.

The Mental Health Act 1983 defines the circumstances under which a person can be admitted to and treated in hospital without their consent—otherwise known as being “detained” or “sectioned”. Under the Mental Health Act 2007, which introduced community treatment orders, people can also be treated compulsorily in the community rather than under detention in hospital. The Acts also provide safeguards and rights for patients.

About half of those receiving inpatient psychiatric treatment in England have been “sectioned” under these Acts. The overall number of detentions is rising sharply—up 47 per cent in 10 years—and detention rates are highest among people from African-Caribbean groups. These trends led the Prime Minister—who acted to reduce the use of police cells as “places of safety” for detaining people under the Act when she was Home Secretary—to announce a review of the Mental Health Act, led by Professor Sir Simon Wessely, the immediate past-president of the Royal College of Psychiatrists.

All healthcare providers (NHS and non-NHS) registered to use the Mental Health Act are required by law to record their uses of it. For years the Department of Health obtained this information from a data collection known as KP90. However, in a cull of central data collections to cut costs in 2013, the Department of Health decided to drop KP90 and to obtain this data from another source—the Mental Health Services Data Set (MHSDS). At the time, the Department indicated it would run the datasets in parallel to ensure that data quality was adequate before discontinuing the existing returns. But this did not happen—2015/16 was the last year for KP90 data and MHSDS replaced it in 2016/17.

This change has had a profound impact on the quality of data and therefore our understanding of how the Mental Health Act is being used. NHS Digital’s recently published report on the use of the Act in 2016/17, sourced from the MHSDS, shows that both data coverage and completion are deficient. Fewer organisations submitted data using the MHSDS (128 in 2016/17 compared to 172 in 2015/16). Coverage was significantly lower among independent sector providers (14 compared with 46) than among NHS providers (114 compared with 126). Moreover, among organisations that did submit data, many returns were incomplete. Completion was lower among independent sector providers, who reported almost 60 per cent fewer detentions in 2016/17.

The upshot is that, according to the data, 45,864 detentions were reported in MHSDS data for 2016/17 compared with 63,502 in KP90 data for 2015/16. On the face of it, this suggests that the number of detentions has fallen for the first time in years. However, NHS Digital estimates that detentions increased by 2 per cent in 2016/17 even after adjusting for some double-counting in KP90. It warns that the 2016/17 figures “must be interpreted with caution” and are not comparable to previous years.

The MHSDS contains patient-related personal and clinical details not available in the aggregated KP90 numbers. Hence it may, in time, enable much richer analyses of the socio-demographic and ethnic background of mental health patients and their clinical pathways than KP90. However, data quality in the MHSDS currently is imperfect. And although independent sector providers are required to submit data to the MHSDS, many of the smaller providers struggle to do so for technical reasons.

NHS Digital is working with NHS England, NHS Improvement, and the Care Quality Commission to improve coverage and data quality in the MHSDS. But how long will this take and what happens in the meanwhile? Is reinstating KP90 and cross-validating with MHSDS an option until such time as MHSDS data quality becomes reliable?

This is the only group of patients subject to involuntary detention and treatment by the state. Society owes it to them to understand how the powers in the Act are being used. Good data is also essential for understanding why the number of detentions is increasing and whether the provision of hospital and community mental health services is adequate to meet the needs of people experiencing acute episodes of mental illness.

We welcome the review of the Mental Health Act and hope it will make recommendations on a robust method of monitoring the use of the Act in future.

Veena Raleigh is a senior fellow, policy at The King’s Fund.

This article first appeared on the King’s Fund website here.