Almost all UK emergency departments have been under unprecedented pressure over the last couple of months. The uninformed observer could be forgiven for thinking that this is simply a winter phenomenon. The reality is that this pressure has been steadily building for years. The Christmas break provoked a flurry of media interest with depressing scenes of queues of elderly patients waiting on trolleys in corridors, and ambulances waiting to drop their patients off in those corridors. A toxic combination of steadily increasing demand, full hospitals, and inadequate social care capacity has created a perfect storm centred on under-resourced emergency departments. Influenza and norovirus increase the difficulties. Much of the NHS and social care are still five-day a week services, with a 10-day Christmas break every year.

Ambulances outside Emergency Departments are unable to attend urgent calls. Inside emergency departments, trolley patients are assessed in corridors by frazzled and exhausted staff, who struggle to get a proper history and can only perform a limited examination in open areas. There is gallows humour, with junior doctors claiming to be studying for the “Fellowship of corridor based emergency medicine” and diagnosing “congestive hospital failure.” Corridors become euphemistically known as “The Conservatory” and “The Orangery.” Senior nurses and Emergency Department Consultants spend time trying to find space in the resuscitation room for the sickest patients, or spot patients who have been inadequately treated, or who have deteriorated in their corridors. Patients who need admission then undergo lengthy delays while bed managers play a complex juggling game that is bed allocation. Dignity suffers. There are delays to basic care such as analgesia and antibiotics, and international evidence has consistently shown that crowding in emergency department is associated with avoidable mortality. Staff suffer too, with measurable increases in staff sickness and stress. The Bawa-Garba case indicated that appalling working conditions are no defence against a charge of negligent manslaughter.

This situation was entirely predictable and partly preventable. The current difficulties are almost entirely due to inadequate acute bed capacity and co-ordination in hospitals, which in turn is caused by inadequate social care capacity. This has been made more difficult due to medical, nursing, and other staff shortages, resulting from the abject failure in NHS workforce planning. There are particular problems in emergency medicine, acute medicine, and geriatric medicine. There are not enough nurses to staff wards. There are actually fewer acute hospital beds this year than at the same time last year.

Although “avoidable attenders” are often blamed for the poor performance of emergency departments, this isn’t the case and is simply a distraction. The increase in attendances at Type 1 Emergency Departments over the last 10 years is broadly in line with population increases. The Royal College of Emergency Medicine estimates that 15% of attendances could be treated elsewhere, but this patient group require much less than 15% of the emergency department workload and can usually be sent home easily enough. Recent policy initiatives seem to be almost entirely focused on the avoidable attenders and encouraging community based care, but this doesn’t work for the frail elderly with multiple co-morbidities, and the critically ill who suffer most from emergency department crowding. Over the last five years, admission thresholds have risen. Policy has not focused on delivering sustained investment in the staff and facilities required to deliver urgent and emergency care, or on developing a sustainable social care system.

Whilst the current situation represents a failure of political and central NHS leadership, the lack of an effective response represents a failure of duty. The solutions to this are not complicated, but they require recognition that there is a problem, and commitment to funding real solutions. There are a number of ineffective interventions that could be stopped tomorrow. Public health campaigns to encourage alternatives to emergency departments are of unproven benefit. Letters to GPs encouraging them not to refer patients to hospital help no one. Streaming nurses at the front door and GPs working in emergency departments help with “avoidable attenders”, but do nothing to help the chronic lack of beds and consequent exit block. Beating managers and staff to work harder and work smarter, in a broken system, does not address the root cause of steadily falling emergency department performance.

The most effective interventions lie outside the emergency department. There needs to be board level engagement in emergency department flow. Many hospitals discharge their inpatients far too late in the afternoon or early evening, which means patients are just waiting in the emergency department for a bed to become available. Executive boards need to challenge local social care provision. High turnover wards, such as medical assessment units and clinical decision units need to be protected and unblocked, by selecting the right patients. Inpatient teams need to be freed up from other commitments to deliver timely and expert care to acute admissions, this usually means being able to attend a patient within an hour of referral. Emergency Departments and other acute facilities across the country are obsolete in their design and supporting technology. Staffing levels are inadequate across the board. Escalation plans remain too little too late in many hospitals, and the recent central escalation fits that pattern. Finally, our hospitals need to be bigger, the Royal College of Emergency Medicine estimates that an extra 5,000 beds, and the staff, are needed in England. For most hospitals, this means one extra ward now, and plans for additional acute and step-down facilities in the future. 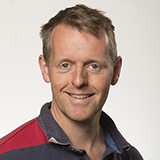 Adrian Boyle is a Consultant Emergency Physician and chairs the Quality Emergency Care Committee for the Royal College of Emergency Medicine. 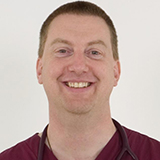 Ian Higginson is a Consultant Emergency Physician and Registrar of the Royal College of Emergency Medicine.