In the Christmas issue of The BMJ, recently out, you can read about my exploration of nonexistent authors listed in citations in PubMed, a never ending source of general amusement in the form of misattributions and misspellings. I reported three varieties:

A fourth group includes, among other variants, authors’ names that are misspelled, such as “Thomspon”, or are names of other things, for example “Iowa MD” and “York N” (Figure 1).

Figure 1. A paper published in The BMJ (top), indexed in PubMed as being by “York N” (bottom)

The third category made me wonder if any authors listed in PubMed had surnames the same as the names of the letters in the Greek alphabet; I found many (Table 1), as well as names that are identical to the names of Hebrew letters, such as Gimmel, Daled, Lamed, Nūn, and Resh.

Table 1. Numbers of hits in PubMed of authors’ surnames that are the names of letters in the Greek alphabet In addition to those listed in the table, there is a single paper by LM Zeta, but a series of seven others, titled “Surgical resurrections”, in the Postgraduate Medical Journal, written under the pseudonym “Zeta” by the surgeon Sir Vincent Zachary Cope (1881–1974; pictured), who is perhaps best remembered for his book The Diagnosis of the Acute Abdomen in Rhyme (1947), from which the following modernistic verse comes:

The diagnostic problem of today
Has greatly changed –
the change has come to stay;
We all have to confess, though with a sigh,
On complicated tests we much rely
And use too little hand and ear and eye.

A different set of Greek letters featured in a paper that appeared in the journal Physical Review in 1948, titled “The origin of chemical elements”. The authors were listed as Alpher RA, Bethe H, and Gamow G (Figure 2). It is sometimes known as the αβγ paper. 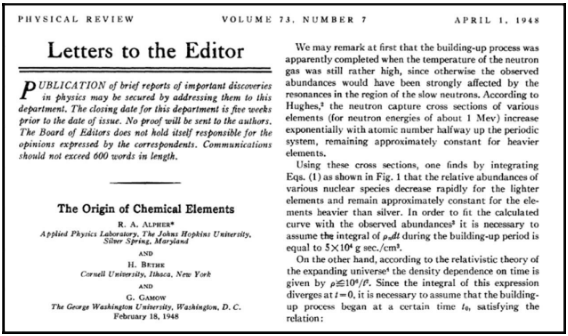 Figure 2. Part of the first page of the αβγ paper

In 1946, the physicist George Gamow suggested that since general relativity predicted an exceptionally rapid early expansion of the cosmos during the Big Bang, all the nuclear reactions that generated elements must therefore have occurred within seconds. In order to help him calculate the quantities of elements formed, Gamow enlisted the help of Ralph Alpher, a graduate student at the Applied Physics Laboratory in Johns Hopkins University, Maryland. They proposed that the universe began in the form of a highly compressed neutron fluid, whose pressure fell as the universe expanded, causing free neutrons to decay into protons and electrons; neutron capture by the protons would have formed first deuterium and then heavier and heavier nuclei.

Gamow later wrote that it “seemed unfair to the Greek alphabet to have the article signed by Alpher and Gamow only, and so the name of Dr. Hans A. Bethe [of Cornell University in Ithaca, New York] (in absentia) was inserted in preparing the manuscript for print”. Bethe did not object to this gift authorship and, said Gamow, was “quite helpful in subsequent discussions”. Gamow also reported that he had been unable to persuade another colleague who had been involved in the work, R C Herman, to change his name to Delter. Although the αβγ paper was dated 18 February 1948, it actually appeared, perhaps not inappropriately, on 1 April.

Gamow’s theory was only partly right—apart from hydrogen, deuterium, and tritium, helium and lithium, chemical elements were probably not made during the Big Bang, as Gamow had hypothesised, but, as Fred Hoyle later suggested, were created by stellar nucleosynthesis, i.e. produced in large stars at exceptionally high temperatures during the evolution of supernovae.

Articles by Gamow in which he popularised the theories of relativity and quantum mechanics were first published by C P Snow in the magazine Discovery, and were later collected in two books for general consumption, Mr. Tompkins in Wonderland (1940) and Mr. Tompkins Explores the Atom (1945). The books were reprinted many times, and then published together in a paperback edition in 1965 as Mr Tompkins in Paperback. A so called “library edition” (Figure 3) was subsequently published—in hardback! Figure 3. George Gamow and the front cover of my hardback edition (1975) of Mr Tompkins in Paperback