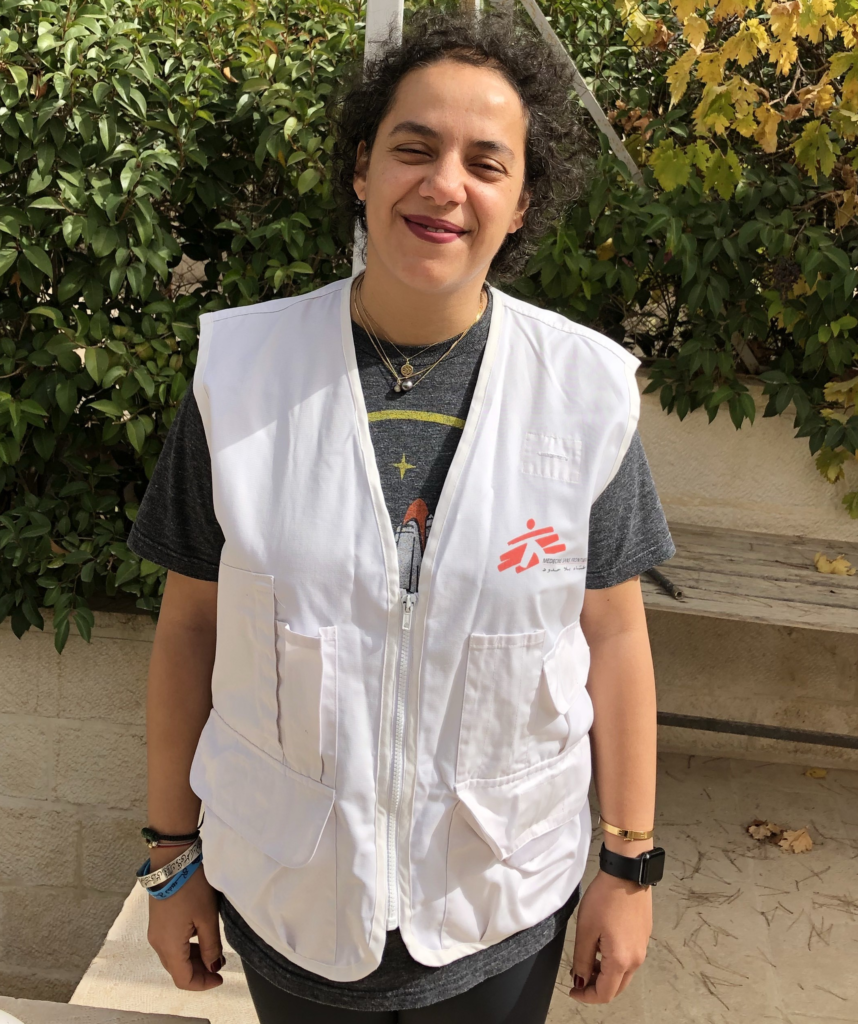 Since the start of the civil war, 165 000 South Sudanese refugees have fled the violence at home and crossed the border into Sudan’s White Nile state. Lulwa Al-Kilani, a Palestinian project manager with medical humanitarian organisation Medécins sans Frontières/Doctors Without Borders (MSF), has been working in the Al Kashafa refugee camp hospital in White Nile state for the past six months. She reflects on how refugees have adapted to their new home.

Like many of those who have crossed the border from South Sudan into Sudan, I am also a refugee. My father was born in Palestine, but was forced to leave and I was born in Jordan many years later. Our family still keeps the key and the deeds to our old home in the hope of being able to return.

This has given me a strong connection to refugees around the world, including the South Sudanese I have met during my time in Sudan. Many of the South Sudanese now living in White Nile state’s refugee camps fled sexual violence, torture, murder, and the destruction of their homes and villages. From one refugee to another, I hope that they can go home soon. While Sudan has offered them protection, this is not where they want to be.

Living like this is not easy. Al Kashafa is one of the oldest camps for the South Sudanese in the area, but people there are still dependent on international agencies to provide food, water, healthcare, and education.

Those of us who have worked in similar camps in other emergencies see that the international community is not providing the same level of support in this crisis as it has in other more visible refugee camps. You don’t have to be in the camp for long to realise that access to clean water is insufficient, which can cause many health problems. Similarly, sanitation is poor. Basic toilets are not emptied and this can be hazardous.

Many other problems need to be addressed, especially in the new mega-camp Khor al Wharal. This is a crisis forgotten by the international community. Across the whole emergency, UN agencies have only received 14% of what they need to support South Sudanese refugees across the region.

The MSF hospital in Al Kashafa is a significant undertaking and is a referral point for most of the health centres in the area. It serves both refugee populations and the host community, who make up nearly half of the patients using the hospital.

In time MSF intends to build a more permanent structure that is capable of dealing with the increased demand. The local community has already provided us with land. Yet the system is currently under great strain. Earlier this year, over 50 000 new refugees came across the border when fighting enveloped the towns of Wau Shilluk, Kodok, and Aburoc in South Sudan. They settled in Khor al Wharal. Many arrived with little or nothing—often just a few meagre belongings. Food and water are inadequate, but people make do with what they have.

Sometimes I am asked, “How do you cope with the challenges of running a hospital in such a tough environment?” To be honest, I get sucked into the tasks at hand and don’t think about it too much.

In the end, I am here to make sure that the hospital is providing the best quality care to the refugee and host communities.

But, from time to time, I need a bit of a boost; I need to see the work we are doing in the hospital. The highlight for me is going to the maternity ward where I meet the mothers and play with the newborns and make them giggle. This makes me smile and I feel re-energised. I hope that these children will get to go home soon.

Lulwa Al-Kilani, a Palestinian project manager with Medécins sans Frontières/Doctors Without Borders (MSF), has been working in the Al Kashafa refugee camp hospital in White Nile State for the past six months.