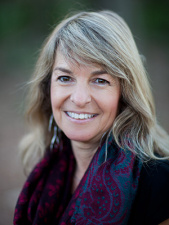 Recently, my home state of California made national headlines when it repealed an HIV criminalisation law and reduced penalties for exposing other people to the virus. It was a landmark decision grounded in science and human rights that will go into effect next month.

The law that was repealed had violated people’s fundamental human rights by perpetuating stigma, discrimination, and abuse. It was overwhelmingly used to prosecute marginalised people, with 90% of convictions in recent years targeting sex workers or women suspected of sex work.

Repealing the law was also a success for science: people on antiretroviral treatments have virtually undetectable viral loads, meaning they cannot transmit HIV to others. With such effective medicines available, supporting people to get tested and on treatment is a critical step to ending the HIV/AIDS epidemic.

Yet, there are still over thirty states in the United States—and countless countries around the world—with HIV criminalisation laws, which penalise people for seeking testing and treatment.

Advocates, including law professors, throughout the state of California were successful in getting the bill, SB 239, to the Governor’s desk. It’s time for advocates and legislators in the United States, and around the world, to follow California’s example and base their response to HIV/AIDS on science and human rights.

Since the 1980s, there has been remarkable progress in battling HIV thanks to efforts by advocates, scientists, donors, and governments to reduce stigma, encourage prevention, and increase access to lifesaving medicines. Deaths from AIDS have fallen by 48% since the peak of the epidemic and nearly 20 million people around the world have access to lifesaving antiretroviral drugs.

However, despite these triumphs, there are still millions of people around the world who urgently need antiretroviral drugs, but can’t access them often because of archaic laws founded on fear and stigma. Too often, the people who don’t receive medicines are the ones who need them most—including sex workers, transgender people, and drug users. In the United States, and many other countries outside sub-Saharan Africa, these groups account for 80% of new HIV infections.

This means it’s especially important to offer support to people who are marginalised, including encouraging them to seek out testing for HIV and receive the care they need and deserve. Unfortunately, existing laws may not be helpful, particularly when they criminalise people’s behaviours and sanction discriminatory practices.

Legislation that criminalises the behavior of people who are at high risk for HIV infection—like laws that prohibit drug users from accessing sterile needles—still exist in the majority of US states. In fact, in more than 30 states, simply having a needle in one’s possession is illegal. But if drug users can’t carry or access safe and sterile needles, they’re more likely to have to share needles and are at higher risk for contracting HIV and other blood-borne diseases.

Similarly, in several states, sex workers are discouraged from visiting healthcare providers or reporting violence to the police out of fear of prosecution. But this means they’re put in a position where they effectively have no rights, with horrendous impacts on their lives, health, and wellbeing.

The Global Commission on HIV and the Law has examined the relationship between HIV and the law in countries around the world and found that replacing punitive laws with legislation that prohibits discrimination and protects fundamental human rights can create safe, enabling environments where people are encouraged to seek and receive testing and treatment.

Firstly, we need laws that actively prohibit discrimination against people living with HIV. It’s imperative that people can seek testing, treatment, and disclose any potential risk factors without fear of being reported.

Secondly, laws that protect the fundamental human rights of every single person—including laws that recognise the rights of transgender people, prohibit discrimination based on sexual orientation, and decriminalise sex work and drug use—are essential to end the HIV epidemic.

In recent years, countries ranging from Peru, to Botswana, to Kenya, have reformed their laws and policies to protect the rights of people living with HIV. By changing their laws, these countries have dramatically increased the number of people on lifesaving antiretroviral drugs—proof that human rights and science go hand in hand.

It’s time for all states in our country, and indeed, all countries around the world, to put human rights first and follow in California’s footsteps by repealing anti-science laws that criminalise HIV and perpetuate the epidemic.