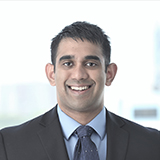 Though vaccines are among the most successful public health interventions in history, childhood vaccine refusal among parents is increasingly prevalent in the United States. Vaccine refusal increases the risk of developing a vaccine-preventable disease both for unvaccinated children and fully vaccinated individuals living in the area. According to the 2015 National Immunisation Survey, only 91.9 percent of children aged 19-35 months had received at least one dose of measles, mumps, and rubella vaccine, and only 84.6 percent had received the recommended four doses of diphtheria, tetanus, and acellular pertussis vaccine. These rates are below or uncomfortably close to herd immunity thresholds for highly communicable diseases such as measles and pertussis, and geographical clustering of unvaccinated individuals can exacerbate this risk.

Unfortunately, various parent-centered education interventions, including providing written information and counselling, have had limited success in reducing vaccine hesitancy among parents. While these efforts should nevertheless continue, we must also consider new systemic approaches to improve childhood immunisation rates, namely supplementing current immunisation mandates with a financial incentive to cover all children without medical contraindications.

In the US, immunisation requirements are primarily prescribed at the state level and often apply only for entry into school or daycare programmes. Though all 50 states have enacted immunisation requirements, 47 states grant exemptions based on parents’ religious beliefs, and 18 states grant exemptions on a philosophical basis. These nonmedical exemptions have been correlated with increased disease risk for individuals who refuse vaccines as well as the broader community. Multiple medical organizations, including the American Medical Association and the American Academy of Pediatrics, have advocated for the elimination of all nonmedical exemptions. While essential, even eliminating nonmedical exemptions to current immunisation mandates falls short of aiming for universal childhood immunisation, primarily because of two drawbacks to using school or daycare entry as the sole intervention point for requiring immunisation.

Firstly, current mandates do not directly promote adherence to the recommended immunisation schedule prior to school entry (typically at 4-5 years of age). Children in this vulnerable age cohort may account for a significant proportion of those who contract a vaccine-preventable disease. During the 2015 multi-state measles outbreak, 16 percent of cases were aged less than 12 months, and 12 percent were aged 1-4 years. Moreover, 43 percent of cases among unvaccinated US residents had objected to immunisation on religious or philosophical grounds.

Vaccine refusal results in a societal cost due to the risk of transmitting a vaccine-preventable disease to other people, including those who are medically unable or too young to be vaccinated. Immunisation mandates could be strengthened by eliminating nonmedical exemptions and by supplementing school and daycare entry requirements with a financial incentive, such as a tax, for all families without medical contraindications to vaccination.

Financial incentives that internalize costs have been effective in curtailing even highly addictive, undesirable health behaviours with negative externality effects such as smoking, and would likely convince many vaccine-hesitant parents to immunise their children. In 2016, Australia instituted a “No Jab, No Pay” policy that eliminated certain welfare and tax benefits for parents who refuse childhood immunisations without medical contraindications. Australia has a total of approximately 5 million children, and in just the first year after implementation, over 187,000 children who had been behind in the recommended immunisation schedule caught up.

For such an approach to succeed in the United States, immunisation data for all children must be reliably reported to state authorities. Immunisation Information Systems (IIS) are population-based, computerised databases that can track all immunisations administered to a population living in a defined area. Operational in 49 states, and with 92 percent of children already participating nationally, IIS could be used, if necessary, to transfer immunisation data from vaccination providers to state compliance or taxation authorities charged with implementing financial incentives. The cost of adapting IIS for this use could be financed by tax revenues received from parents who continue to refuse childhood vaccines.

The conventional approaches of parental education and school entry requirements, while important, have clearly reached their limits for improving childhood immunisation rates. Though we face a challenging political landscape, physicians should advocate for expanded immunisation mandates to effect behavioural change and safeguard public health.

Kishore Jayakumar is a fifth-year medical student at the University of Pennsylvania.