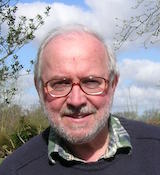 The beginnings of heart surgery are known from the published record of momentous “first” operations on congenital and acquired malformations, retold in the biographies and reminiscences of the surgeons responsible for them. In contrast in my recent book “The Heart Club” I present a very different account; it is a consecutive contemporary record, in real time, of co-operative teamwork. The surgeon Russell Brock convened the club in 1948, but it was the eminent cardiologist and editor of the British Heart Journal, Maurice Campbell, who was its chair until his retirement in 1956. The minutes of their meetings are about shared planning, self-critical reviews of operations that often went badly, and of the life threatening risks of the invasive investigations preceding them. The hearts of the patients who died were critically examined in the presence of the whole team and often in front of visitors from the world at large. The output of the club included meticulous documentation of treated and untreated cases.

Brock wrote of the club

‘Intracardiac surgery is not for the lone worker. Team work is essential … success is due principally to the loyal and unstinted co-operation of my various colleagues who take part with me in this work both at Guy’s and the Brompton Hospital. To give one example, at Guy’s there is a group of some 15 people actively engaged in the work, and as time passes we find that more and more are drawn into the team.’ [1]

Brock’s 15 were the members of the Peacock Club named after the Thomas Peacock, author of a 19th century text on malformations of the heart. [2] From the names given in the minutes and searches of their publications and entries in the Medical Directory I was able to identify individually the core members: Guy’s cardiologists, clinical scientists from the Medical Research Council unit, the radiologist, anaesthetists and Brock’s surgical assistants. Junior doctors and research fellows, who attended during their period of training, expanded the number along with many invited speakers and named visitors. The Club published prolifically. The clinical and experimental work was presented in Guy’s Hospital Reports, which conveniently Brock edited. This includes the seminal work of Donald Ross on oxygen consumption with veno-venous cooling. It was also convenient for dissemination that Maurice Campbell published the Club’s output in the British Heart Journal. The ground breaking news appeared in The BMJ  – the first 100 operations for mitral or pulmonary stenosis in 1952 and 1954. [3,4] Brock was a world leader and in 1948 had performed the first direct operations on mitral and pulmonary stenosis at Johns Hopkins on patients of Helen Taussig.

I have presented in the book a full transcript of each of 47 meetings with facsimiles of the originals, some in the elegant handwriting of Ian Hill who went on to be consultant at St Bartholomew’s. The minutes themselves are transcribed as a primary historical source and the original volume is safeguarded in the collection of the British Cardiovascular Society. The transcript is faithful to the original and my explanations are given in the terms of contemporary teaching sources. They are unedited and have a down to earth tone. I think the Club forged a close bond in the early years and when in September 1950 Norman Barrett, a visitor from nearby St Thomas’ Hospital, asked about the nature of the Peacock Club, possibly seeking membership Maurice Campbell indicated from the chair that it was essentially a “Guy’s” club.  Visitors yes, but no interlopers seemed to be the rule. There was determined spirit about the record and although Campbell chaired, readers who knew Brock and helped me in my analysis of the minutes picked out an entry in March 1951 as characteristic: “Mr Brock remarked that it was easy to go on finding objections, the thing was to get on with the job.”

One of the greatest pleasures in writing and compiling the book’s content was to meet three individuals who were “blue babies” of this era and who tell their own life stories. Geraldine was being wheeled in a pushchair aged six and a passer-by, noting she was blue, approached her mother to say that her cousin, Dr Campbell might be able to help. Xerxes grandfather knew Brock as a fellow student and wrote to him. John who was born in the year of the founding of the NHS sees that as his life-saving good luck. All three had palliative surgery in childhood and later had the “hole in the heart” closed when cardiopulmonary bypass and open heart surgery became possible.  Their stories tell of their gratitude to be among the first children to be treated by heart surgery but also the multiple complications they have lived through becoming adults with the residue of congenital heart disease and the surgery to palliate and repair the malformations.

Tom Treasure was a student at Guy’s 1965-1970 and worked as a cardiothoracic surgeon in London at The Middlesex and St George’s before returning to Guy’s in 2001.