Two major developments in September upended US healthcare politics. The month’s end saw
the failure of a last-ditch blitz by Senate Republicans to dispatch the Affordable Care Act (ACA) via the Graham-Cassidy bill, a painful defeat for opponents of Obamacare, including President Trump. And on 13 September, Senator Bernie Sanders’ single-payer “Medicare-for-All” bill was released, galvanizing proponents of progressive healthcare reform.

Among the notable aspects of Sanders’ bill was its co-sponsorship by 16 Senators (as opposed to zero for Sanders’ last bill), among whom were most of the potential Democratic 2020 presidential contenders. Rising support for single-payer in the Senate follows a similar shift in the House of Representatives, where a majority of Democratic lawmakers now support Representative John Conyers’ single-payer bill.

The immediate impact of these single-payer bills—given that neither will pass in the current Congress—may seem modest. Yet in conjunction with the collapse of Republicans’ ACA repeal efforts, they could signal a new era in American healthcare politics.

Firstly, on the political level, Democrats’ growing embrace of single-payer is tantamount—as many have noted—to a historic shift in the so-called “Overton window,” or the boundaries of the politically possible. Indeed, it now seems likely that single-payer healthcare reform proposals will figure prominently not only in the 2020 Democratic presidential primaries, but in the general election as well.

Secondly, the bills—or something like them—could serve as a framework for legislation under a new government. Sanders’ bill (like Conyers’) would achieve the long-sought goal of universal
coverage for US residents through a single public programme. It would eliminate most “cost-sharing”—e.g. copayments and deductibles— a radical departure from trends towards high patient exposure to healthcare costs. Indeed, the bill would cover comprehensive medical benefits without any fees at point of use; the only copayments are for prescription drugs (to incentivize the use of generics), and even these are capped and would not apply to “preventive” medications.

Such fundamental reform could do much good; given that lack of healthcare coverage (28 million remain uninsured at present, despite Obamacare) has been associated with premature deaths, it could be lifesaving. [1] The shift away from cost-sharing could also bring dramatic improvements in the financial and physical well-being of American patients. “Underinsurance” appears to be rising: one recent survey of insured patients seeking cancer treatment found that more than one in three had an unexpectedly high financial burden from care, and about one in six had “high or overwhelming financial distress.” For the latter group of cancer patients, out-of-pocket healthcare spending consumed nearly a third of income despite insurance coverage. [2,3]

Still, even supporters of single-payer reform recognize that Sanders’ bill is merely the first step. First, unlike the House counterpart, the Senate bill excludes long-term care from the new universal programme; it would continue to be provided through the current federal-state Medicaid programme and so would still be a means-tested, rather than a universal, benefit. Advocates also stress other areas for improvement in Sanders’ bill, including shifting hospitals to global budgets (to reduce hospital administrative spending); planned capital expenditures (to control long-term cost growth); and the exclusion of investor-owned health facilities (given concerns about the quality and inefficiency of corporate healthcare). [4]

No one claims, however, that this version of the bill will constitute final legislative text. It also lacks a funding mechanism. Most importantly, its passage will require a shift in the power balance in Washington, as well as greater familiarity and understanding among the electorate, given that new taxes will be needed to replace current spending private healthcare spending. Nonetheless, in addition to providing a potential model for future legislation, the bill serves a number of useful functions now: it has already spurred discussion of the inadequacies of the healthcare status quo (including unsustainable costs), and it provides a vision of the future that contrasts with the bleak plans of both the Republican Party and insurance company lobbyists.

Lawmakers from across the political spectrum are taking notice. “To my friends to the Left,” Senator Lindsey Graham (R-SC), sponsor of Republicans’ Graham-Cassidy bill, said, “I will do everything I can to stop and put a stake into the heart of single-payer healthcare.” [5]

Yet there is a reason why Graham’s bill crashed and burned, and why single-payer may one day succeed despite such threats of impalement. 52% of Americans disapproved of Graham’s bill; even among Republicans, only 46% were in favour, with 21% opposed and a third uncertain. [6] Single-payer, by contrast, is favoured by 53% of Americans, including 64% of Democrats, 55% of Independents, and even 28% of Republicans. [7]

Such poll numbers portend a grim prognosis for the conservative healthcare project. By contrast,
as the notion of healthcare as a right—and not a commodity—increasingly becomes part of the national ethos, the prospects for single-payer reform continue to sweeten. 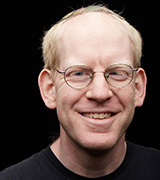 Zackary Berger is an associate professor of General Internal Medicine at Johns Hopkins School of Medicine and member of the Core Faculty at the Johns Hopkins Berman Institute of Bioethics. He is the founder and treasurer of Clinicians for Progressive Care. 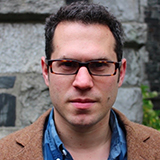 Adam Gaffney is an Instructor in Medicine at Harvard Medical School and a pulmonary and critical care physician at the Cambridge Health Alliance. He is a board member in the advocacy organization Physicians for a National Health Program and is the author of To Heal Humankind: The Right to Health in History.