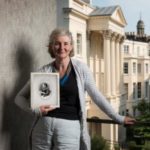 Today, nearly half of all doctors in the UK are women, and most medical royal colleges are led by women. [1] These facts are cause for celebration in a new exhibition at the Royal College of Physicians, which acknowledges female participation and achievement in medicine, past and present. After all, says RCP president Jane Dacre, women were only officially accepted into the medical field 150 years ago when Elizabeth Garrett Anderson qualified as England’s first female doctor. And it was only in 1946 that all UK medical schools were finally open to women. To have made female clinicians the norm is an accomplishment worth celebrating.

The women who inspired today’s doctors include Marie Stopes, best known for her campaigns to improve women’s sexual and reproductive health, Rosemary Rue, a champion of public health and women in the medical profession, Anandibai Joshi, the first Indian woman to obtain a medical degree through training in Western medicine, and Cicely Saunders, who founded the modern hospice movement. Many of these women operated in an environment that was at best apathetic toward their ambitions, and several had to overcome substantial obstacles to advance in their field. Anandibai Joshi, born in 1865, was married at 9 and gave birth at 14 to a child who died within days. From that point she was driven to train as a physician, despite the “combined opposition of my friends and caste” to her plans. Even in 20th century Britain opportunities for women were apparently limited. Rosemary Rue, admitted to the London School of Medicine at just 17, was later barred by the same institution because she had married. She went on to train and qualify at Oxford in 1951, but was dismissed from her first post after the hospital authorities discovered she had a family.

We find these stories incredible and celebrate how far the medical profession has come. Nonetheless, women are still under-represented at the top level of medicine, concedes Parveen Kumar, president of the Medical Women’s Federation (Kumar’s portrait is included in the exhibition). Only 32% of consultants are female, and women are still in the minority in certain specialties, notably surgery. Furthermore, the Medical Women’s Federation notes an “overall pay gap between men and women” in the sector.

Niamh Brooks is a technical editor at The BMJ.

The RCP’s exhibition ‘Women in medicine: a celebration’ runs until 19 January 2018 at the Royal College of Physicians, St Andrew’s Place, London NW1 4LE.