Healthcare staff are being urged to get flu jabs, but are current management options adequate? 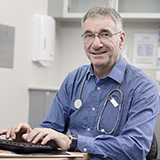 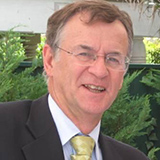 Public health physicians and clinicians keep a wary eye out for epidemics of influenza, bearing in mind the greatest pandemic at the end of the first world war, when tens of millions died. [1] Influenza epidemics come every year, but their severity varies from year to year. Normally influenza is simply one of many clinically indistinguishable influenza-like-illnesses (ILIs) from which people recover uneventfully. This season was worse than most in Australia with a record number of laboratory confirmed influenza cases (170,000), although better availability of molecular tests may account for much of this, as visits for ILI have risen only slightly above the annual average. [2] The northern hemisphere is bracing for its turn next.

Occasionally, influenza can cause severe illness or death, especially in elderly people. Sometimes different strains put unexpected population groups at risk (such as pregnant women, patients with asthma or diabetes, obese people). This begs the question of what we can do to prepare for influenza epidemics.

Three options are available: vaccination, antivirals, and hygiene interventions. Most attention is focused on vaccination, which is curious, because its effectiveness is disappointing. A recently updated Cochrane review reports that vaccination reduces laboratory-confirmed influenza only from 2% to 1%, which is imperceptible in healthy adults (including pregnant women) in normal clinical practice because of the overwhelming incidence of ILI. [3] Influenza genetic drift means revaccination is needed every year with modified antigens, introducing an element of uncertainty of each year’s effectiveness. Genetic shift (especially as new virus moves from animal reservoirs to humans, with its risk of pandemic) makes vaccination effectiveness even less certain – just when protection is most needed. Vaccination seems to have been less effective recently, especially for the predominant viruses currently in circulation (strains of influenza A H3 and B strains), with little or no protection in elderly patients against H3 last winter in the UK and elsewhere. [4,5]  Moreover, those undergoing repeat vaccinations have less protection, for unknown reasons.[6] Annual influenza vaccination (including compulsory vaccination  for health workers in residential aged care facilities [7,8]) is based on poor evidence and may be over-promoted.

The use of the antiviral neuraminidase inhibitors is controversial. They reduce symptoms of influenza by about half a day in a 5 day illness, but any effect on secondary infections or hospital admissions, or spread of the virus in an epidemic, remains uncertain [9], and the World Health Organization has recently downgraded its recommendations in its Model List of Essential Medicines for the limited indication of severe illness due to confirmed or suspected influenza virus infection in critically ill hospitalized patients. [10]

Hygiene methods include handwashing, face masks, and quarantine, and have been found to be extremely effective at protecting against acute respiratory infections in a Cochrane review – with numbers needed to treat (NNT) as low as 3.[11] Why are these methods not canvassed as heavily as vaccination or antivirals? It would be facile only to blame the industry promotion of the latter. Social norms, which are accepting of handwashing (or sterilisation in public places), mean that people baulk at wearing face masks (except in east Asian countries such Japan), nor do such norms insist that people who are infectious stay away from work or school (instead, admiring them for “soldiering on”), or cancelling mass gatherings (sports and cultural events). People (including clinicians) expect medical technology to be more effective than is realistic, [6,12,13] all the more reason for supporting sensible low technology policies, such as one Australian state’s intention to install hand hygiene dispensers on trains with a campaign that promotes “cough into your elbow.” [14]

What about the threat of influenza pandemics? In 1918/9, after the first world war, the social upheavals, such as  enormous movements of troops returning home, and a population that was exhausted from four years of war, with inadequate nutrition, as well as the lack of effective management of secondary bacterial infections, contributed to the magnitude of the disaster. Some of these contributing factors might be better in a modern recurrence, but not others, such as a vastly more mobile population, which would render quarantine isolation of an outbreak near useless. It is hard to see what could be done to mitigate a catastrophe that was not rehearsed in the avian and swine influenza epidemics.

In the meantime, it is clear we need better vaccines, which need better evaluation, and making public awareness messages that promote mask wearing and hand hygiene. [15]

Chris Del Mar is a professor of public health at Bond University, Australia.

Peter Collignon is an infectious diseases physician and clinical microbiologist at the Canberra Hospital and currently Executive Director of ACT Pathology. He is also a Professor at the Australian National University Medical School.

Grants to my institution: