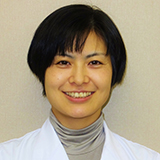 The current volatile international climate, epitomised by tension between North Korea and the United States, is causing concern that the world might be more vulnerable to human made disasters. Furthermore political instability often undermines disaster preparedness and thus increases our vulnerability to natural hazards. After the 2015 earthquake in Nepal, the high death toll was attributed to a disconnect between disaster management policy and responses. [1] In Yemen, severe food insecurity and poor sanitation has led to the current cholera outbreak. [2] In such situations where disaster preparedness at a national level is no longer evident, it is primary health care services (PHC) that have to maintain people’s health at local levels.

With an increased burden of non-communicable diseases (NCDs) on global health, many people now rely on medication to survive. [3] Recent research on the 2011 Japan disaster revealed that there was a sharp increase in care for non-communicable diseases (NCDs) in the disaster area following the earthquake and subsequent tsunami. [4] As a result, although the death toll due to the direct impact of the tsunami was 20,000 deaths, another 3,000 deaths were certified as disaster-related deaths, of which 70% occurred among those with chronic conditions. [5] Therefore, continuity of routine care for the patients with NCDs is the key to preventing such indirect deaths.

However, PHC clinics often lose their functionality immediately after a disaster and medication-loss is often a major health risk at the time of a disaster [6,7]. The impact of this medication loss is two fold. Firstly, chronic conditions are exacerbated due to disruption of treatment, such as stroke among hypertensive people and withdrawal symptoms among those who were taking opioids, may threaten the lives of patients. Secondly, renewing the prescriptions of routine medications becomes a huge burden on medical rescue teams at the disaster area. [8] After Hurricane Katrina, 44% of evacuees and 80% of patients with chronic conditions at shelters required repeat prescriptions. [9,10]

Therefore, PHC physicians may need to provide patients with medications and other resources to ensure that they are sufficiently prepared for disasters, this includes up-to-date medical records. Family physicians also have a responsibility to educate patients about the potential health impacts of medication interruption, emphasising that bringing medication and medical records may be the only way to enable them to continue normal care in an emergency.

Another important role of PHC workers is to improve people’s health before a disaster. As disasters disproportionately affect those with chronic conditions, reducing the prevalence of chronic diseases could reduce such secondary impact. [5]

These days, increasing numbers of people are living with natural and human-made hazards because of urbanisation and political instability. In 2015 alone, globally more than 20,000 people were killed and about 100 million were affected by natural disasters, and many more, by armed conflicts, which makes the role of PHC workers increasingly important. [11] As the Sendai Framework for disaster risk reduction by the United Nation points out, “People with life-threatening and chronic disease, due to their particular needs, should be included in the design of policies and plans to manage their risks before, during and after disasters, including having access to life-saving services” —in this era of political instability, the local PHC might be the only service that provides care for such people, and thus be the last defence of disaster risk reduction for health. [12]

Sae Ochi is a lecturer, department of Laboratory Medicine, Jikei University School of Medicine
Adjunct MD at Department of Internal Medicine, Soma Central Hospital. She is a physician and public health researcher who was engaged in recovery activity in Soma City, Fukushima after the nuclear accident in 2011.

Acknowledgement: I sincerely thank Professor Virginia Murray, Public Health England for all her advice for my work on the articles as well as many precious advice and comments for this essay.