To recap, for many years medicine has been regarded as both an art and a science. Is it?

As we have already seen, the word “art” has its origin in the IndoEuropean root AR, to join or fit together. In contrast, the word “science” comes from the root SEK, or in an extended form SKEI, meaning to cut, as also incidentally does the word “skill”.

Now the etymological fallacy is the assumption that a word must nowadays mean what its etymology suggests or what it meant in the past. Of course, in some cases it does. Polymyalgia, for example means pain in many muscles, from three Greek words, πολύς, many, μῦς, muscle, and  ἄλγος, pain. However, many words change meanings as time goes on, and the meanings they come to have may be far distant from their original meanings, so far distant in fact that in some cases they even come to mean the opposite of what they originally meant. “Ban”, for instance, comes from the hypothetical IndoEuropean root BHA, to speak, and in Old English it originally meant to proclaim or summon by proclamation, hence “banns”, which proclaim a forthcoming marriage. However, “ban” now means to forbid to proclaim etc.

We know, or think we know, what science means in a medical context, but art is more difficult. The Oxford English Dictionary gives various definitions in three main sections:

I. Skill; its display, application, or expression.
II. Senses relating to learning or study.
III. Crafty or cunning conduct; human or artificial agency.

The first of these sections contains 12 subdivisions, each of which defines art as a skill of some sort. Examples include “skill in doing something, especially as the result of knowledge or practice”, “a practical application of knowledge; (hence) something which can be achieved or understood by the employment of skill and knowledge”, and “an acquired ability of any kind; a skill at doing a specified thing, typically acquired through study and practice; a knack”.

Indeed, the first of these definitions was the first English usage, dating from around the end of the 13th century. Not until the late 17th century did “art” come to mean the creativity that results in paintings, drawings, or sculptures, or the objects themselves. Among several other meanings we find “a skill at doing a specified thing” (as in “the art of translation”), “a class or lesson in art”, and “the seven subjects of the trivium and quadrivium considered collectively”.

It is hard to avoid the conclusion that the art of medicine is identified by the skills that we develop in doing things, especially as the result of accumulated knowledge and experience.

And so, since the word “science” comes directly from the Latin word scire, to know, the art and science of medicine are its skills allied to its knowledge. Indeed, the first of the four domains in the General Medical Council’s document Working with Doctors; Working for Patients is titled “Knowledge, skills and performance”. Of these, I have previously discussed knowledge and knowledge translation. A skill is the ability to do something arising from the combination of knowledge with practical faculty, cleverness, or expertise. Practical skills to an extent depend on the use of the five senses, and knowledge on being able to learn and remember.

Knowledge and skills are both distinct and complementary. They are distinct in that knowing something doesn’t necessarily make you skilful. I may know everything there is to know about the shape of the jugular venous pulse, yet be unable to distinguish its different components or to interpret what I see when I examine it at the bedside—that is a skill. However, skills and knowledge, art and science, are best deployed when used complementarily; the figure shows an example. 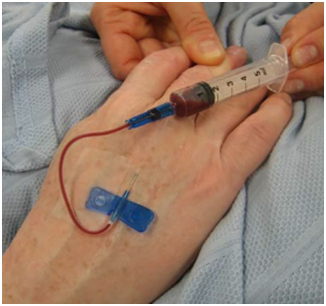 Combining art and science, skills and knowledge. The knowledge that blood flow in veins is from distal to proximal, and controlled by valves, as discovered by William Harvey, combined with the skill of inserting a butterfly needle into a small vein, leads to successful venesection by doing it as shown when all else has failed, or even before. This picture was taken by my colleague Keith Dorrington to illustrate our 2014 BMJ article “Failed phlebotomy? Think William Harvey”.

There is evidence that algorithms, for example diagnostic algorithms, in many cases are at least as good in decision making as clinical judgment is. We should not be worried by this; anything that improves our ability to make clinical decisions is to be welcomed. But algorithms do not replace clinical skills, such as knowing when not to use the algorithms.