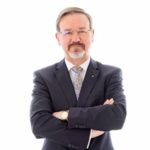 The latest figures on “deaths related to drug poisoning” from the Office for National Statistics (England and Wales) and the “National Records of Scotland” both show an increase and highlight a specific age group—40 to 49 years of age—as having the highest rate of drug misuse deaths. There has been a lot of conjecture as to why this age group is worst affected, many labelling it a fallout from the Thatcher years that destroyed heavy industry, their communities, and created high unemployment. While this may be true there is a wider issue to consider. The deaths stretch across all age groups. Addictions are not age specific nor are they prejudiced. They prey on people from all walks of life. They do not care about the victim’s nationality, colour, religion, gender, or sexual persuasion. But it is worth noting that drug deaths are higher in areas of poverty and deprivation. Is this because more people in poverty are seeking escape from their surroundings and turning to drugs, as per Bruce Alexander’s rat park experiment, or are the drugs available of a poorer quality and therefore more dangerous? Do the dealers treat their more affluent clients differently or do different dealers have a different clientele? I can only hypothesise about this because while the production and distribution of illegal recreational drugs are owned and controlled by criminals it is very hard to gather accurate information.

If you consumed a glass of your preferred alcoholic drink and it killed you because it had been diluted with an ingredient that shouldn’t be included, or the strength was far greater than you had been led to believe, the manufacturer would be prosecuted. Production would grind to a halt. People would be sued and maybe even jailed. But drug users consume a product that has no production standards. The quality and purity are unknown. The users are at the mercy of the criminals. To improve this situation and work towards eradicating it we should be addressing how we think about drugs and how we think about drug laws.

Our society permits consumption of alcohol and tobacco without prosecution and yet both are responsible for a huge amount of harm and ultimately deaths, year in, year out. We legalised them, controlled them, and attempted to educate the public on the risks involved in using them. We didn’t do the education part very well and as a result they remain hugely damaging. Alcohol and tobacco, along with gambling, cause an enormous amount of related harm to our communities, but they also add a large amount of money to the chancellor’s coffers. It would seem that in their case we were prepared to trade one against the other but when it came to cannabis, cocaine, heroin and a list of other drugs, we banned them and made criminals out of every single user. But if we legalised those drugs would we not just make matters worse? If we can’t handle alcohol, what damage would legal heroin do? Of course the other side of the argument is, if we made alcohol illegal what would happen. Fortunately we have examples that answer those questions.

In Portugal they decriminalised drugs in 2001 and addiction has halved, new cases of HIV amongst those who inject drugs have declined dramatically, cases of hepatitis C and B have fallen in the drug using community and problem drug use in 15 to 24 year olds has declined. [1] In the USA during prohibition, 1920 to 1933, they banned alcohol and prohibition led to gang wars, poor quality products, death and addiction. A scenario that mirrors the current situation in the UK regarding illegal drugs. Making alcohol illegal would only make it worse as previous attempts at prohibition have proved. The Portugal example would seem to be the one to follow.

It wouldn’t be the first time we have run such schemes in the United Kingdom. In the 1980s John Marks set up a project on Merseyside which provided medical heroin to people with an addiction. It was successful in preventing people from getting HIV and poisoning themselves. Their health and wellbeing improved. Any need to commit crime to pay for a fix was removed and as a result there was a 93% drop in theft and burglary, while within the community the number of dealers was reducing all the time. [2] In 1995, for reasons best known to themselves, the Conservative government shut down the clinic. During the time that the clinic was operational (1982 to 1995) there were no drug related deaths among the patients. In the six months after it closed, 20 died and within two years that number rose to 41. [3] In Switzerland prescribing injectable heroin is recognised as a legal medical intervention. The 2012 EMCDDA ( European Monitoring Centre for Drugs and Drug Addiction) review concluded that HAT (Heroin Assisted Therapy) can lead to substantially improved health and well-being of its participants, major reductions in their continued use of illicit heroin, major disengagement from criminal activities and a marked improvement in social functioning. [4]

If we are to address this continuing increase in the number of deaths amongst people with addictions then positive UK wide legislation is required. Portugal and Switzerland have confidently led the way. We have a duty to learn from their examples and move the United Kingdom forward. We can’t afford to delay for long, as for many people suffering with addictions these latest reports clearly show that time is running out.

See also: The war on drugs has failed: doctors should lead calls for drug policy reform.