Given the complexities of global politics and the uncertainties of international relations, why should medical practitioners be interested in the World Bank? In a series of five papers, Sridhar and colleagues do much to answer this vital question by analysing the bank’s expanding role in global health. Their work is a welcome update of Kamran Abbasi’s 1999 BMJ series on the role of the bank in international health. [1]

Sridhar et al and Abbasi perform in-depth analyses that highlight the importance of priorities, politics, and money in shaping global health policy. In a 1999 BMJ editorial responding to Abbasi’s review of World Bank operations, Robin Stott, a consultant physician, questioned the bank’s role in global health, its performance in this sector, and whether economic policies initiated by the bank improved the health of the poor. [2] Stott stated that much could be improved in the bank’s operation, particularly its economic reforms and its promotion of quasi-markets for healthcare provision.

Sridhar et al’s later analysis describes how the bank responded to such challenges while entering two new phases in its development. Between 2000 and 2010, the organisation worked to achieve the millennium development goals through collaboration with other stakeholders. [3][4] From 2010 until now, the bank has cooperated with governments to achieve universal health coverage by using a range of innovative financing instruments. [5][6]

An important step forward for the World Bank is its current policy of exploring innovative ways of solving global health problems (unpublished report, June 2017) For example, the Bangladesh Health, Population and Nutrition Sector Program (HPNSDP) is a $7.7bn government led programme, which received an estimated $400m from the bank. The programme has a strong pharmaceutical component that involves strengthening the access and affordability of medicines. One of the authors of this opinion piece was funded by the bank to survey drug pricing, availability, and affordability, using the WHO/HAI methodology. This example of the World Bank working to solve real life problems and investing in evidence to inform policy decisions is a very positive development.

The evolution of the World Bank raises new questions about its approach. For example, will bank policy be cohesive in terms of linking its initiatives for structural adjustment, privatisation, and the public good? What will universal health coverage and strengthened health systems look like for upcoming generations? How will the bank work with the World Health Organization, individual governments, and non-governmental organizations in the future? As many of the World Bank’s initiatives are new, final answers to the above questions are not available yet.

While individual programmes are being evaluated and reviewed, the big picture will take a while to be drawn. In the meantime, how should the medical profession react to the bank’s current path of progression? The articles by Sridhar et al suggest that recent developments in the bank’s operations are reframing the practice of large scale medicine and the delivery of health services for global problems. Big, evaluated, privately backed healthcare programmes are not usually focused on individuals in the same way as the personalised practitioner-patient relationship. Whether this difference is a matter of concern is an issue that the medical profession—along with economists, ethicists, epidemiologists, sociologists, and the like—should discuss openly. What may emerge is what Sridhar et al refer to as a “clear tension” between “the premise that health is a human right and the bank’s focus on return on investment and productivity.” As this tension plays out, ongoing scrutiny will be required.

In all forms of vigorous analysis, the pros and the cons of a situation must be fully explored. In examining the World Bank’s evolving policies and activities, both the positive and the potentially negative should be discussed openly. To date, the process of evaluation and public critique has helped the bank rapidly change its approach to the benefit of many millions of people worldwide. [7]

In conclusion, if one caveat needs to be stated, it is simply this: current methods of economic appraisal, health planning, and systems strengthening may need enhancing significantly before they can properly support the World Bank’s vision for global health. This latter challenge is one, we believe, the medical profession should ardently champion. 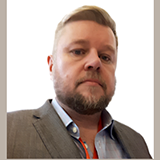 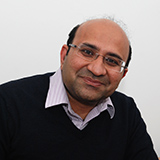 Zaheer-Ud-Din Babar, professor in medicines and healthcare at the Department of Pharmacy, School of Applied Sciences, University of Huddersfield

Competing Interests: Professor Babar has worked as a consultant to the World Bank’s pharmaceutical pricing and strengthening programme in Bangladesh.