Commissions are symptomatic of the dominance of market medicine in India. It will take more than just laws to break this deep-rooted practice. 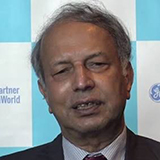 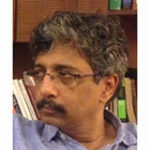 Two weeks ago, several large hoardings appeared in prominent places in Mumbai sponsored by a large cardiac hospital which stated “Honest opinion; no commission to doctors.” The signs have angered officials from the Indian Medical Association, who demanded that they be taken down immediately. However, the hospital stood its ground. Ramakant Panda, a cardiothoracic surgeon and the managing director of the hospital, insisted that they would continue the campaign against commissions. Later, at a press conference he, along with senior doctors from across the country, called for an end to this practice. In response, the Maharashtra state government has assembled a committee to look for ways to curb commissions in healthcare.

Commissions for referrals (colloquially called “cuts” or “kickbacks”) are a longstanding and widespread practice in Indian healthcare. They are now so much a part of mainstream healthcare, that most doctors have accepted them as a natural accompaniment to patient referrals. What began decades ago as an incentive fee for general practitioners to refer patients to specialists, now includes kickbacks from pathology and radiology establishments. Even large hospitals “officially” pay physicians in India and abroad “facilitation charges” for referring patients to them. Periodic media exposes about this practice bring the issue transiently into public awareness, but it continues regardless. This is despite the Medical Council of India decreeing that fee splitting is unethical, in its 2012 code of ethics.

What is unusual about the recent debate is that a leading institution has chosen to go public in such a prominent fashion. The precise motivation for doing so is not clear, but it may signify a crisis in high-end private medicine where, because of intense competition, it is becoming increasingly difficult to get returns on high investments. The government’s response is a reflection of the recent enthusiasm of politicians to crack down on corruption and unregulated medicine since this seems to go down well with the electorate.

There is no question that commissions in healthcare, not only erode trust, but also have other serious consequences. As well as leading to unnecessary tests and procedures, the money that exchanges hands is factored into patients’ bills. This adds to the already high costs that citizens have to bear in India’s burgeoning private sector, which now dominates healthcare. Also if referrals are based on commissions it is likely that the patient will be referred to the highest paying doctor and not to one who is most suitable. Therefore giving and receiving cuts is not just a matter of ethics, but it also increases the costs of care and decreases its quality.

One suggestion that has been made is to make the process transparent and regulate the transactions. In other words why not let the patient know what determines the referral and perhaps even participate in the process? However, in our opinion this has serious problems. Firstly, there is an imbalance between the information available to the patient compared to the doctor. Unlike in other businesses, the patient’s insight and knowledge is extremely limited. Also a lot of these transactions involve unaccounted cash (known as black money in India) and hence the protagonists are unlikely to reveal details. More importantly if referrals were indeed regulated on the basis of commissions, would they then go to the highest or the lowest bidders? What would be in the best interest of the patient? This reveals an unfortunate truth, which is that the logic of market medicine, under which private healthcare in India currently thrives, has created intense saturation and competition. In the absence of universal healthcare and a strong public health sector, legitimate means of doing medical practice have shrunk. With slogans like “world class healthcare” market medicine has caught the fancy of both citizens and medical professionals, blinding them to its fault lines. Cut practice is just one of the many undesirable and perhaps inevitable manifestations of a monetised system.

Will the current controversy be just a temporary talking point, or will it lead to some lasting change? In the past complaints to medical councils have not led to action.

However, the announcement that the Maharashtra government is to issue a new law called the “Cut practices in Medical Services Act, 2017” is unprecedented. The act will make referring patients for “non-medical” indications to doctors and hospitals a cognisable offence. Whether such a law will be effective in curbing what is a rather guarded activity, involving several willing players, remains to be seen. While punishing doctors who break this law may be one effective deterrent, a critical mass of professionals choosing to move away from this practice is also important. Dr. Panda’s action is courageous, but we feel that things will only change when young Indian doctors who are first starting out in their practice, after investing large sums of money in their medical education and training, choose to do what is best for their patients notwithstanding financial considerations.