It is welcome news that HIV diagnoses in England fell by 17% between 2014 and 2015 with a decline that was largely driven by a 32% drop in diagnoses among gay men attending five of London’s largest sexual health clinics [1].  Delay in starting antiretroviral treatment (ART) after diagnosis has fallen by 51% with a concomitant reduction in men with unsuppressed and therefore transmissible HIV [1].  This trend makes sense as the science is clear that early diagnosis and ART initiation is remarkably effective in preventing illness, death and HIV transmission [2-7]. In fact, people who learn their HIV status early and receive modern effective ART regimens can expect a near normal lifespan with virtually zero chance of transmitting HIV to their partners [3,4,7]. While some may still be withholding judgement regarding the importance of treatment as prevention, London, which accounts for nearly 50% of new diagnoses in England, has forged ahead and the impact of earlier diagnosis and treatment initiation in the city is likely a bellwether for the entire country [3,8].

Through innovations in service delivery to allow for earlier diagnosis, the offer of same-day or early-as-possible treatment, and provision of other prevention modalities such as condoms and pre-exposure prophylaxis, London and England are far along the road to achieving the 90-90-90 targets that were launched in 2014 (90% of all people living with HIV knowing their HIV status, 90% of all people with diagnosed HIV infection receiving ART, and 90% of all people receiving ART being virally suppressed, all by 2020). Achieving the 90-90-90 targets, which would mean that 73% of all people living with HIV are virally suppressed, is an important step towards HIV elimination and ending acquired immunodeficiency syndrome (AIDS) [9,10].  To be clear about our terms, elimination has been defined as one new HIV or AIDS case per 1000 population per year and ending AIDS includes keeping people on sustained successful ART for their lifetime or until we have a cure [10].  Eventual elimination on these terms and the end of AIDS will not mean the end of work to confront HIV, which will require sustained efforts over the long term, including continued support for services for people living with HIV and the wider community who may be at risk.

The global HIV epidemic is concentrated in major cities in most countries impacted by HIV and the growing importance of urban public health cannot be overstated [11].  London, through its programmatic innovations, is similar to other cities around the globe that have changed their strategy to reflect the new science around HIV testing, treatment and other prevention interventions.  San Francisco, Vancouver, Amsterdam, New York City, Paris and other cities have all prioritized improving access to earlier diagnosis and treatment to attain the 90-90-90 targets and achieve the more ambitious goals of zero new HIV infections and ending AIDS [11, 12].

To address the realities of growing urbanization and the need to leverage an urban health agenda, the Fast-Track Cities initiative was launched in 2014 by the International Association of Providers of AIDS Care (IAPAC), City of Paris, Joint United Nations Programme on HIV/AIDS (UNAIDS),  and United Nations Human Settlements Programme (UN-Habitat) [11]. The 26 cities that initially signed the Paris Declaration on Fast-Track Cities Ending the AIDS Epidemic have now grown to a network of more than 75 priority cities with high HIV burden that are committed to attaining the 90-90-90 targets, and zero stigma and discrimination targets by 2020 [11]. Cities, including London, are welcome to join, contribute to and help lead this international effort.

As part of this growing urban movement, cities have developed generated and analyzed data to identify and address gaps in their local AIDS responses, they’ve convened task forces, inventoried resources, and launched open data websites that show available HIV services, community and political messages, and progress towards the 90-90-90 targets [11].  Nine cities have launched Fast-Track Cities dashboards (open data websites) that describe their progress towards attaining the 90-90-90 target with several cities already reporting over 90% viral suppression among people on ART.   A further 20 cities are in the preparation phase and should launch their dashboards soon. In joining the initiative cities make a public commitment to reporting data, improving accountability, engaging communities, and developing targeted strategies.  For some cities, the Fast-Track Cities initiative is the first time that the Mayor’s office has worked directly with health officials on the issue of HIV, for others it is part of an already rich collaboration that involves local leadership, the community, providers and other stakeholders. As cities participate in the initiative they contribute to the growing wealth of knowledge around the complexities of urban HIV epidemic control including city exchanges to help share best practices in various settings.

Going the last mile for the HIV epidemic to reach 90-90-90 on the way to ending AIDS requires innovation. Cities, often by necessity, are incubators for innovation and help drive positive changes in the national response to HIV.  While some cities have successfully implemented many interventions and programs, such as same day diagnosis and ART initiation, the truth is that some cities are in the beginning stages of modernizing their response. However, we believe that by applying earlier testing and treatment in concert with other new HIV prevention innovations and embracing open data principles and transparent reporting to engage the community major cities will continue to forge ahead in tackling HIV. All epidemiology is local, and cities have already provided us with a roadmap for the last mile—now it is time to re-double our efforts to support cities like London to lead the way to 90-90-90 and the end of AIDS. 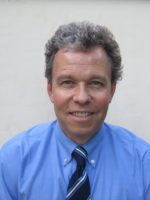 Reuben Granich, MD, MPH is the Strategy and Science Advisor at the International Association of Providers of AIDS Care (IAPAC) 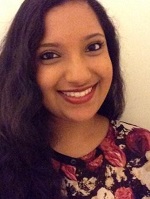 Sindhu Ravishankar MPhil is the Director of Fast-Track Cities at the International Association of Providers of AIDS Care (IAPAC). 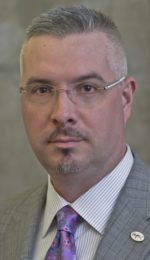 José M. Zuniga PhD, MPH is President/CEO of the International Association of Providers of AIDS Care, and the UNAIDS Special Advisor on Fast-Track Cities.