Immigration and healthcare are separate issues, and denying people healthcare in a bid to deter immigration is inhumane 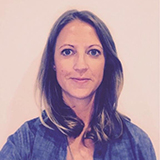 In the wake of the horrific Grenfell Tower fire, we have all been confronted with the devastating reality of inequalities in this country. The consequences of public sector cuts have been discussed at length. The political determinants of health and the need for public health professionals to “make the invisible visible” have been highlighted.

Yet the plight of the undocumented migrants and asylum seekers living in the tower has, so far, received little attention.

Volunteer medics helping Grenfell survivors have reported that many are not coming forward to official relief centres or the NHS to get help, even if they have serious injuries, because they fear being referred to Home Office immigration teams.

This is an issue which is playing out across the UK, with grave consequences.

There are more than 500,000 people without resident status living in the UK, mostly in cities such as London, Birmingham, and Manchester, who face multiple barriers in accessing the healthcare they need. They might be domestic workers on very low pay, or failed asylum seekers who’ve been left destitute.

Doctors of the World runs a clinic in Bethnal Green for excluded people. Here, we see heavily pregnant women who have had no antenatal care, people with serious illnesses such as cancer and diabetes who have had no contact with a doctor, and parents with sick children who avoid taking them to see a GP.

Many are simply too afraid to go to a GP even if we can help them to register. Sadly, their fears are not unfounded.

A controversial deal between NHS Digital, the Department of Health, and the Home Office means it is now routine for immigration enforcement teams to use NHS patients’ private records to obtain details such as home addresses. According to the Department of Health, the Home Office made 8,127 requests for NHS patients’ data in the first 11 months of 2016 alone. This led to 5,854 people being traced by immigration teams.

The consequences of this deal are seen in our clinic with alarming regularity. In January, a woman presented to our clinic in labour, having been too scared to seek NHS help. Another woman had been referred to hospital for an urgent biopsy on a breast lump, but was too afraid to attend, as the hospital letters she received had stated that her details might be passed on to the Home Office. Unfortunately, these cases are not unusual.

Now we’re receiving similar reports about Grenfell survivors, who have sustained injuries in the fire but are too scared to access healthcare. Even though Theresa May has said that survivors would not face immigration checks while accessing services, this is not allaying the fears of many on the ground.

Indeed, the government has not provided any assurances about how any such exemption would work, or whether any personal details that survivors give to hospitals now, such as addresses, will be used to trace them in future.

It is under these circumstances that Doctors of the World has been forced to launch a safe and confidential pop-up clinic near Grenfell Tower, staffed by volunteer GPs, to help survivors who are too afraid to get NHS care. Years of government moves to create a “hostile environment” for migrants has led to a huge and realistic fear among some communities that will not be dispelled by vague assurances. We have written to Jeremy Hunt and local NHS hospitals, urging them to publicly state that survivors will not be subject to ID checks or hospital bills, or have their details shared with the Home Office.

Since the spring, we have also been campaigning hard against the Home Office’s deal with NHS Digital. Our #StopSharing campaign is bringing together hundreds of NHS medics to oppose the use of patients’ private records to track down and arrest migrants.

We hope that the days of this unethical data-sharing deal, which was made without even consulting NHS staff, are numbered. Last week the BMA joined the chorus against the deal, with its members voting overwhelmingly against the Home Office accessing NHS data in this way. Public Health England has also voiced serious concerns about the agreement.

Immigration and healthcare are separate issues, and denying people healthcare in a bid to deter immigration is inhumane. For the survivors of such a huge tragedy to be too afraid to go to a hospital is a truly shameful situation.

Lucinda Hiam is health advisor at Doctors of the World and a GP.