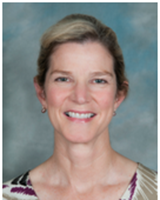 As an internist I have made countless calls to patients to tell them their test results. Sometimes the news is good, and sometimes it’s bad. So when my own dermatologist called me two days after a biopsy of a skin lesion and he started the conversation a bit haltingly, I knew the news wouldn’t be good. “I hate to make these kinds of calls on a Friday night,” he said, “but… you might have melanoma.” Despite having given patients this message many times, I was not prepared to hear those words myself.

Because my skin biopsy only looked “suspicious” for melanoma, we obtained a second biopsy. The biopsy specimens were then sent to two independent pathologists—who returned two different diagnoses at the polar extremes: One pathologist said it was benign; the other said it was suspicious for invasive melanoma. We then did what most physicians do at that point: we sought yet another opinion, in this case, from a pathologist who has written textbooks on the topic and has decades of experience. His assessment fell in the middle of the diagnostic spectrum: not invasive melanoma, rather an atypical Spitz lesion that can mimic melanoma but is benign.

This personal experience as a patient altered the focus of my research as a scientist. Prior to this experience, I had spent a decade studying the variability in radiologists’ interpretation of mammograms. That research had found extensive variability among radiologists. But as a physician, I had always assumed the pathologist’s diagnosis was definitive and the “gold standard” to define accuracy in clinical care and my research.

Based on my personal experience as a patient, I decided to expand my research from radiology into pathology. I decided to turn the microscope back on ourselves (the physicians) to gain a better understanding of variability and see how we can improve diagnostic accuracy. Working with hundreds of dedicated pathologists who have contributed thousands of hours of their time, my colleagues and I have found something concerning: the variability of pathologists’ interpretations is quite wide. For example, in a study published in 2015, overall agreement between the individual pathologists’ interpretations of breast biopsies and that of an experienced consensus panel was only 84 percent for cases of ductal carcinoma in situ.

In our most recent study on skin biopsies, published in The BMJ we found even higher levels of variability and conclude that diagnostic interpretations of melanoma in situ and early stage invasive melanoma are neither reproducible nor accurate. Our research highlights a persistent problem that needs addressing. In the current era of modern medicine, physicians’ clinical judgment remains central to the care we provide—we need better tools to support physicians.

The diagnostic variability that we found does not mean that pathologists are the problem. My appreciation of the challenges pathologists face on a daily basis attempting to classify biopsy specimens has grown exponentially. Interpreting these lesions is especially difficult and carries a lot of responsibility. Pathologists embrace this responsibility with the utmost skill and thoughtful commitment.

I think a major factor in the variability we are seeing among pathologists is the lack of carefully developed and evaluated classification systems. We seem to have forgotten to apply basic scientific principles and rigor when developing disease nosologies. Classification systems have often been developed by leading experts in the field, using a small number of exemplar cases; when these classification systems are then applied broadly by many physicians in diverse clinical practices (as shown in our research) they often do not work well.

We have expanded our labeling of patients as having “atypical” medical issues, often without a clear benefit to patients. We are increasingly labeling patients as having “atypical” conditions, neither reassuring them nor providing them with a clear prognosis. Until basic science helps us to better distinguish biologically self-limited abnormalities from those that are harmful, we will not truly be able to do all that we can to help patients.

Finally, we need to acknowledge and share with our patients that the practice of medicine is, at times, inherently uncertain. We have oversold our medical capabilities, leading patients to believe (and physicians to hope) that diagnoses can be clearly binary (i.e. either you have the disease or you don’t). We need to acknowledge that vast gray areas often exist.

A decade after that frightening phone call from my dermatologist, the scar from my three skin biopsies has faded and I remain healthy.  I feel fortunate that I had a physician with whom I could discuss the uncertainty of my diagnosis and help me choose a way forward with a “gray area” diagnosis.

As William Osler said, “Medicine is a science of uncertainty and an art of probability.”   We have our work cut out for us.

Joann G. Elmore is a Professor of Medicine at the University of Washington School of Medicine.