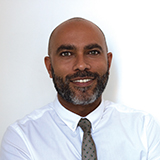 Almost exactly one year ago, there was a little known breakthrough that quietly started to change everything for people with HIV.

The findings from the landmark PARTNER Study were published last July.

Out of 58,000 instances of condomless sex in heterosexual and MSM couples recorded in the study; where one partner was HIV positive and on effective treatment, and the other was HIV negative, there were zero HIV transmissions. [1]

This meant we finally had the robust data to say, with confidence, that people with HIV who are taking effective treatment cannot pass on the virus.

This message gives hope to people with HIV who want to date, start a family, and have a happy, healthy sex life without fear of passing HIV onto their partners.

It also means there should be no more HIV infections. Using treatment as prevention, alongside PrEP, condoms, and regular testing, means we now have all the tools we need to stop HIV.

In fact, we are already seeing the reductions in new HIV diagnoses among gay men in England reported by Public Health England in Eurosurveillance earlier this month and, most markedly, in some of the largest London sexual health clinics, where diagnoses dropped by 32%. This is the first time we have ever seen a drop of this nature among gay and bisexual men. It is no coincidence that these five clinics are those with the highest testing rates and where newly diagnosed patients are given treatment as soon as possible, so that they become uninfectious more quickly.

Since the Partner study, the fact that people with an undetectable viral load are not infectious has been confirmed by 240 HIV organisations worldwide as part of the global “Undetectable = Uninfectious” pledge.

But one year on, it has yet to become common knowledge among the health and social care sectors, let alone the general public. A report by Terrence Higgins Trust—Uncharted Territory—about the first generation to grow older with HIV shared worrying stories of discrimination and stigma in care homes for example.

Over the past two decades, the research evidence has been building to indicate that the risk of HIV transmission is mainly affected by “viral load.” As early as 2001, studies from Sub-Saharan Africa showed that, as the viral load gets lower, transmission is less and less likely. [2]

In 2008, the Swiss National AIDS Commission issued what was subsequently to be known as “The Swiss Statement” stating that “an HIV-infected person on antiretroviral therapy (ART) with completely suppressed viraemia (‘effective ART’) is not sexually infectious, i.e. cannot transmit HIV through sexual contact.” However several caveats were applied, such as the presence of STIs. [3]

Since the PARTNER study our knowledge and confidence has grown. In the study, there were no HIV transmissions despite 16% of gay men and 5% of heterosexual people in the study having a sexually transmitted infection (STI). I can now reassure my patients that if they are taking their medication as prescribed, have had treatment for at least 6 months, and have an undetectable viral load they will remain uninfectious.

We can’t wait any longer to amplify this message. At a time when 30% of the public still believe HIV can be passed on by sharing a toothbrush, we have a responsibility to bring the public and the health and social care sectors up-to-date with current medical knowledge.

The Terrence Higgins Trust is launching a campaign, “Can’t Pass It On”, which aims to share this message loud and clear.

We expect questions, doubts, and criticisms from the public. After all, this message contrasts starkly with many people’s perceptions of the virus.

We do not wish to promote condomless sex. It’s about stopping HIV and reducing stigma. In my clinical experience, being “undetectable” does not mean people completely stop using condoms. Whilst treatment means you cannot pass on HIV, condoms are the best way to prevent other STIs and remain, for many people, their preferred method for preventing HIV transmission.

Our service users often tell us that being undetectable and not infectious makes it easier for them to have open discussions with new partners about their HIV status and talk more confidently about sexual health more generally.

So why are we championing this message? Because we can’t afford not to. Using treatment as prevention can stop HIV in its tracks, and can put an end to the discrimination faced by so many. It is time to listen to science, not stigma.

[1] Rodger et al for the PARTNER study group. Sexual activity without condoms and risk of HIV transmission in serodifferent couples when the HIV-positive partner is using suppressive antiretroviral therapy. JAMA, 2016;316(2):1-11

[3] In January 2008 the Swiss National AIDS Commission issued what was subsequently to be known as ‘The Swiss Statement’ stating that “An HIV-infected person on antiretroviral therapy with completely suppressed viraemia (“effective ART”) is not sexually infectious, i.e. cannot transmit HIV through sexual contact.” It went on to say that this statement was valid as long as: