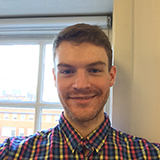 Turn the corner into cable street, and a sharp breeze from the river catches you;
Sometimes the scent of the sea, a gust of wind from far off places; distant times
Carry their stories into a song.
We were here and we felt that gust: a common humanity—the force that binds us together.
One mind, one body. We shall remember.

The year is 1831. Cholera, “the Empire’s revenge,” arrives in Britain from India, returning with the colonial forces. The disease continues to kill thousands of people in Britain until 1868, when the sewage system was introduced in London.

A Victorian physician described the disease as “outlandish, unknown, monstrous… its insidious march over whole continents… invested it with a mystery and terror which thoroughly took hold of the public mind…” [1] This account could fittingly describe more recent epidemics too: re-read the description with HIV in mind, or Ebola, or Zika…

But try reading it and thinking of Dengue, or ischaemic heart disease, or mental illness in relation to migration or conflict—and it seems to lose its chilling pertinence. Why?

Song of Contagion is the result of epidemiologist Elizabeth Pisani’s frustration with the ways in which those who have the power (often, “us”) distort our perception and treatment of different diseases (which very often affect “them”). This frustration—not vented by more conference PowerPoint presentations or high-impact journal articles—boiled over into a collaboration with Tony Haynes, a composer and conductor of the Grand Union Orchestra.

The show explores five disease stories in five Acts. It begins with a loud chromatic chorus in Victorian Soho venerating John Snow’s ingenuity: “the modern age is born.” This ecstatic celebration is sharply, suddenly contrasted in a change in the music, when the chorus deserts the stage to give way to a dissonant duet singing in Bengali of “stagnant pools” in Kolkata. Cholera may not seem relevant to readers in the UK, but many living in India—where epidemics continue—still stand “in darkness… waiting for their dawn.”

An oversized PowerPoint slide is projected onto the wall at the back of the stage, depicting a graph showing trends in mortality from AIDS in 1980s America. The score over the next few minutes interprets the graph literally, with the bass and drums beating the intervals of the graph’s X-axis. The various lines on the graph—media attention, public opinion, funding, and the mortality rate—are illustrated by waxing and waning string and brass instruments, hounded by unrelenting strings (representing HIV activists). A trumpet crescendo heralds the arrival of antiretrovirals, but a long, soulful strings solo follows, subtly echoing the jazzy melody and punctuated by a crying trombone: the epidemic is nowhere near over. “This has more to do with you than first appears,” we are told: “silence is consent.”

The show is as about as far from silent consent as is possible—and the repeated refrains throughout to “wipe the sleep from your eyes” are an exhortation to go away and sing the show’s songs as loudly as possible—certainly figuratively, but perhaps literally as well. Pisani thinks that the music itself might be a useful vehicle to elucidate and communicate the factors which shape health policy decisions—and might perhaps make them “more susceptible to planned interference.”

Dengue and Zika are transmitted by the same species of mosquito. One results in millions of infections annually and kills thousands; the other has only ever affected a few thousand people. So why do the media seem to have got it the wrong way round? The third Act combines a Disney-like character of a personified impish mosquito (“Dance with me—you will never catch me,”) with a flustered journalist trying to report on Dengue in the Caribbean, but is being snubbed by an editor (“where’s the drama?”). The journalist only makes headway when the mosquito—accompanied by progressive rhythms which follow its path from East Africa to Brazil—jeopardizes wealthy tourists’ trips to the Rio Olympics.

The fourth section, “Songs of broken hearts,” pays homage to the setting of this show, a Victorian music hall in the East End—and parodies a classic music hall song to explore the ill effects of indulgences promoted by manufacturers of sugary and fatty foods.

The fifth Act features a vocal triumvirate, three characters who have been displaced by conflict. Each has a different story to tell in a different language, a different country, and a different time, but their interlacing personal laments remind us that these stories all have common roots—appealing, again, to our common humanity. When the sorrow becomes too great for the chorus to sing, the orchestra takes over to play out the “pain beyond words.”

Throughout the show the harmonising of instruments, rhythms, musical traditions, and languages from so many different cultures and countries (brought together by musicians from Congo, the Caribbean, Bangladesh, Malaysia, India, and the UK) reflects the collaborative internationalist approach that the show’s stories of global inequality themselves inspire. This has more to do with us than first appears: silence is consent.

Joe Freer is the editorial registrar, The BMJ. Clinical fellow, Faculty of Medical Leadership and Management, 2016-17.

[1] Public Health in Relation to Air and Water WT Gairdner