The IndoEuropean root KWEL, which implied turning in different ways, has turned into many different linguistic manifestations. Through the Greek κύκλος, a circle, we get cycle, cyclone, and encyclopaedia. A consonantal shift gives τέλος, that which turns out, the completion of a cycle, anything final, whence teleology, teleoanalysis, and entelechy, the Aristotelian realisation of potentiality. The Sanskrit word for a wheel, cakram, gives us chakra, a circular Sikh weapon and the wheel on the Indian flag, and chukka, a turn at polo. And “wheel” comes from Teutonic forms, such as Old Germanic kwe(g)ula and Old English hweogol. In Latin, collum means the neck, on which the head turns, giving us collar, accolade, décolleté, and torticollis. Colere means to turn over the soil, to till or cultivate, and hence to inhabit and to worship, giving us colony and bucolic, cult, and cultivate. Not to mention culture.

On 6 October 1956, the scientist and novelist C P Snow published an article in the New Statesman, “The Two Cultures”, meaning the sciences and the humanities, in which he wrote:

“The separation between the two cultures has been getting deeper under our eyes; there is now precious little communication between them, little but different kinds of incomprehension and dislike. The traditional culture, which is, of course, mainly literary, is behaving like a state whose power is rapidly declining—standing on its precarious dignity, spending far too much energy on Alexandrine intricacies, occasionally letting fly in fits of aggressive pique quite beyond its means, too much on the defensive to show any generous imagination to the forces which must inevitably reshape it. Whereas the scientific culture is expansive, not restrictive, confident at the roots, the more confident after its bout of Oppenheimerian self-criticism, certain that history is on its side, impatient, intolerant, creative rather than critical, good natured, and brash. Neither culture knows the virtues of the other; often it seems they deliberately do not want to know. The resentment which the traditional culture feels for the scientific is shaded with fear; from the other side, the resentment is not shaded so much as brimming with irritation.”

Snow admitted that his generalisations were “bound to look silly at the edges” and agreed that “there are a good many scientists indistinguishable from literary persons, and vice versa.” “Nevertheless,” he added, “for anyone like myself . . . at one time moving between groups of scientists and writers in the same evening, the difference has seemed dramatic.” 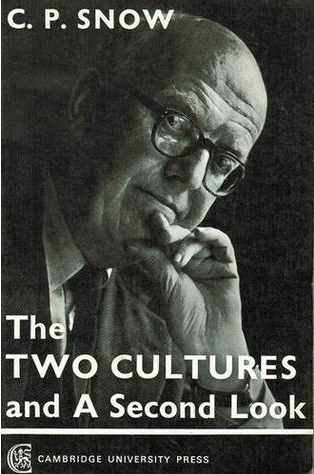 On 7 May 1959, in the Senate House in Cambridge, in his Rede Lecture, which he titled “The Two Cultures and the Scientific Revolution” (picture), Snow repeated his assertions about scientists and literary scholars, now typified by the following paragraph:

“A good many times I have been present at gatherings of people who, by the standards of the traditional culture, are thought highly educated and who have with considerable gusto been expressing their incredulity at the illiteracy of scientists. Once or twice I have been provoked and have asked the company how many of them could describe the Second Law of Thermodynamics. The response was cold: it was also negative. Yet I was asking something which is the scientific equivalent of: Have you read a work of Shakespeare’s?”

Snow was not the first to have pointed out the mutual incomprehension of scientists and literary scholars. Snow himself, in a 1963 essay, cited predecessors such as Jacob Bronowski (“The Educated Man in 1984”) and Merle Kling (“The Intellectual: Will He Wither Away?”). Matthew Arnold and Thomas Henry Huxley (“Darwin’s bulldog”) had had a similar debate 80 years earlier, starting with Huxley’s 1880 lecture “Science and Culture”, to which Arnold’s 1882 Rede Lecture, “Literature and Science”, was a riposte. But Snow’s lecture aroused much interest, provoking an incredibly vitriolic outburst from the Cambridge academic F R Leavis, in his Richmond Lecture, “The Significance of C. P. Snow,” given at Cambridge’s Downing College in February 1962 and published the following week in The Spectator. But for Leavis’s attack, and the many eloquent responses it elicited from others, Snow’s lecture might have been forgotten, but the ensuing controversy has fuelled debate about the relationship between science and the humanities and how they affect our lives in many ways, particularly education.