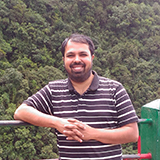 Food is deeply engrained as a basic human need, and also a source of great pleasure. It is central to the very notion of what it means to be “alive.” Consuming the food of one’s desire and having choice could be seen as an indicator of individual liberties and rights, and people tend to be sensitive about comments on food choices. People become very focused on individual food choices, but it is also important to consider food production and the impact that this has on the climate and therefore human health.

At a global and national level, debate tends to focus on food production because of the projected increase in the worlds’ population, which is expected to cross 9 billion in the next thirty years, alongside an increase in per capita demand (Whitmee et al., 2014). Over the past few decades, there have been significant shifts both in the way we produce food, and what we eat. The production of food has shifted from being labour and farm input intensive to machine and chemical intensive. Simultaneously, there has been a great increase in the proportion of processed foods as part of our diet and a great reduction in the diversity of food sources. The same food is being processed in many different ways, which gives a false impression of diversity (Pollan, 2006).

The widely acclaimed and discussed Planetary Boundaries framework (Steffen et al., 2015) lays out the key entities and processes, which together define the integrity of global and regional ecology.  Transgressing these would compromise the stability of earth’s life-sustaining systems. Most (if not all) of these boundaries are associated with food systems. The obvious one is land system change, where forests have been cleared for plantations (UNEP, 2011) or for industrial livestock production (FAO, 2006), as can be seen contemporarily and most dramatically in Indonesia and South America respectively.

Biogeochemical flows (the cycle of minerals such as nitrogen and phosphorus in the air, water, land, and living things) are also primarily linked with agriculture—both nitrogen and phosphorus are key components of chemical fertilisers. Fertiliser residues are washed into waterways which creates havoc in aquatic ecosystems due to algal blooms, as was recently seen in Florida last summer (Tan, 2016).

Similarly, the novel entities boundary (which includes synthetic chemicals, nanomaterials and GMOs) is impacted by pesticides and plastics used to grow and pack food, respectively; while the biospheric integrity boundary is significantly affected by food systems related activities such as over-fishing, deforestation, pesticide use, and homogenisation of agriculture. Food systems are also a key contributor to greenhouse gases, along with burning of fossil fuels (IPCC, 2014). The consequent climate change (another boundary), in turn affects several other planetary boundaries, and has been defined as the greatest global health challenge of this century (Costello et al., 2009).

Transforming food systems may appear impossible in the short term, but it is possible in the medium and long term, if existing good practices are built on. Some groups are addressing the large disconnect between producers and consumers, and such efforts increase respect and income for the farming community, and the health of consumers. The health sector should recognise the planetary health dimensions of nutritional choices, and identify and promote foods and systems that contribute both to human and planetary health. While the close cultural, political, and personal associations with food make it a sensitive discussion topic, it is essential that we discuss our food and food systems. It is high time we take the next step as a public health community.

Adithya Pradyumna is co-convenor at the Society for Community Health Awareness, Research and Action (SOCHARA), Bangalore, India. His work is in the area of environmental and health.

De Schutter, O. 2010. Report submitted by the Special Rapporteur on the right to food. United Nations, US.