Technological innovations are rapidly being introduced into healthcare, with the aim of improving patients’ health and promoting self-management. Examples include the development of new ambulatory technologies that can assist patients in achieving safer mobility, and devices that can provide online feedback to patients so they can better manage specific symptoms of their disease.

Some of these new devices are rather inconspicuous, such as the commercially available and handsome smartwatches that can offer insights into, for example, levels of physical activity. However, other novel medical devices inevitably attract more attention of bystanders.

In the current climate of fear of terrorism, such visible medical devices, and especially those involving electronics with wires or cables, may appear particularly alarming to the public, police and security services.  A recent noteworthy case is a man with Parkinson’s disease in the Netherlands who participated in a research study that aimed to improve gait using “laser shoes”. These are regular shoes equipped with a laser pointer attached to the nose of the shoe, and which project transverse lines in the patient’s walking path as a new form of ambulatory visual cueing (offering visual triggers that allow patients to make a purposeful step forward is an evidence-based strategy to alleviate walking blocks in patients with Parkinson’s disease).1-3

When this man – our patient – boarded a public bus (in the city of Utrecht, in central Netherlands) while wearing a prototype of these laser shoes, his fellow travellers were so alarmed by their appearance that they alerted the police, who summoned our patient to leave the bus. The resultant anxiety worsened his tremor and caused sweating; although both are parkinsonian symptoms, they were mistaken for anxiety related to fear of apprehension of a concealed explosive device, and thus initially raised further suspicion that he was a possible terrorist. This unexpected adverse event was widely picked up by the media.4

This event serves to illustrate the tremendous contemporary anxieties in the Netherlands, perhaps particularly in the aftermath of the unfortunate recent international terror attacks. It also underscores the need for researchers to work with designers in developing electronic innovations which are acceptable to both patients and their environment 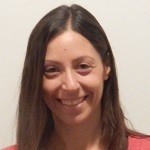 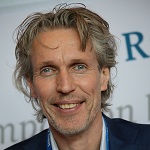 Competing interests: MUF conceived the laser-shoe concept and designed and built the first prototypes. MUF received funding from the Hersenstichting (grant number F2015(1)-21) and the European Community‘s Seventh Framework Programme (grant number 316639) for the original research study of the laser shoes.  BRB has received honoraria from serving on the scientific advisory board for Zambon, has received fees for speaking at conferences from AbbVie and Zambon, and has received research support from the Netherlands Organization for Scientific Research, the Michael J Fox Foundation, the Prinses Beatrix Foundation, the Stichting Parkinson Fonds, the National Parkinson Foundation and the Parkinson Vereniging.