Under the banner of “Fairer Funding,” the Tory manifesto outlines plans to change the current universal free school lunch system for infant pupils to a means tested programme plus universal free breakfasts.  This policy demonstrates a party comfortable with stigmatising deprived families and will single out individual children in receipt of free lunches amongst their peers. Dubbed by some as “the lunch snatcher” in a nod to the “milk snatching” days of Thatcher, UK prime minister Theresa May’s plans split our society into “haves” and “have nots,” and risk letting around 900,000 children sitting somewhere in between to fall through the cracks.

Getting rid of universal free school lunches for infant pupils and making them means-tested is guaranteed to be a cheaper option for the government, not only because of the reduced fixed costs, but also because of reduced uptake. Combining the deeply felt stigma of being “that kid from a family that needs state support,” and the increasingly complex welfare system for parents, many families will be discouraged from accessing their free lunch if it is means-tested. We already know that 1 in 5 of older children who qualify for means-tested meals fail to take-up this important public health intervention.

The recent changes to Universal Credit have not been without teething issues either, resulting in vulnerable families resorting to food bank use. A whopping 436,000 three day emergency food supply boxes were given to children in crisis in the last year. Ensuring a proper and appropriate definition for poverty is crucial. As a result of tax and benefit decisions since 2010, the number of children living in relative poverty is rising with a continued upward trend and this is having a negative impact on their health. Before the coalition government introduced the universal lunch system in 2014, around 4 out of 10 children not eligible for the previously means tested programme were still living in poverty. The proposed changes will fall short, leaving these “ordinary working families” needing to find around an extra £440 per child to feed them over the school year. Hot school meals meeting nutrient-based national standards will be substituted for cheaper packed lunches, with research showing that only 1% of these meet agreed nutritional standards.

Although there is evidence that a free breakfast is a more cost effective way of improving educational attainment, this does not fill the gap left by the absence of a healthy lunch. Narrowing the focus to only considering the impact of food on school test results ignores the longer-term benefits of nutrition on mental and physical health, which consequently, has a direct impact on a child’s future productivity and contribution to society

Schools implemented the free school lunch scheme in 2014 with large investments to upgrade facilities.  If we were to extend free school lunches to all primary school children it would come at a cost, but marginal costs, as it would build on the existing infrastructure and systems. It would result in fair redistribution with better take-up of school meals among those already eligible.

However, opening in time for cornflakes and toast demands more canteen staff and teachers to supervise, and if uptake is low, will be an inefficient use of resources, which is a big ask in an already overstretched, underfunded education system.  A major challenge to the provision of free breakfasts identified by one school rings true–“we want to encourage the families that we know send their children to school without breakfast, but these are often the families that are late coming to school too.”

Providing universal free school lunches, during usual school hours, is an accessible way to promote healthy eating and equality between students from all socioeconomic backgrounds. This policy, whilst potentially having short term educational gains, will have longer and more far reaching consequences by reinforcing socioeconomic division in the health and wellbeing of our children. Apparently designed to be fairer for everyone, it seems actually to be fairer for some more than others. 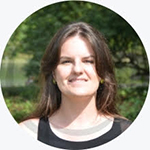 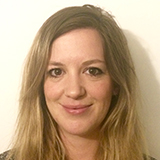 Competing interests: HJ is a member of the Labour party.