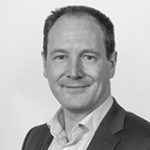 When someone leaves a job, it has become common practice for a manager to conduct an exit interview. An attempt is made to capture the learning and wisdom obtained over the time you’ve spent delivering the role. After 21 years as an NHS GP, when I left no-one asked me how it had been or what I had learnt. What are the key messages I would want to hand on? This feels like a pretty fundamental step in creating an organisation with memory—one that learns. So in the absence of anyone asking, I thought I’d write down my key lessons—the stuff I wish someone had told me—so for what it’s worth:

In medical school we learnt the rules: history, examination, differential diagnosis, investigations. In the context of the 10 minute currency of primary care you soon learn that this doesn’t work. In general practice you make the diagnosis early in the consultation based on your knowledge of the patient and, frankly, what is most likely—and then you test this hypothesis against emerging evidence. It’s an approach that our secondary colleagues may struggle with, but in the high volume world of primary care it works well. There is, however, a major hazard: holding too tightly to your original formulation. Clinicians holding too tightly to this initial working diagnosis have created many of the critical events and clinical safety incidents I have seen over the years. The clinical nuance of working with a diagnosis but being ready to set it aside if the evidence no longer supports it is at the centre of the art of clinical practice. It may not feel comfortable at the time, but being mindful of our assumptions can save a lot of heartache in the long run.

2. Some things are unsolvable

There is a paper in The BMJ from back in the middle ages, well 1988, which should be compulsory reading for young GPs. Entitled “Difficult patients, black holes, and secrets,” it sets out to understand the patterns of behaviour and cognitive processes behind those patients that clinicians would refer to as “heart sink” patients. These patients are the ones that doctors find most frustrating to deal with—often using incredible levels of resources and seemingly achieving little. The medical model of illness just doesn’t fit these patients, and trying to cram them into this approach will only frustrate everyone. There is an old saying—it’s surprising what looks like a nail when you’re carrying a hammer. So it is with our clinical training; it’s difficult to set aside our familiar tools and pick up new, more appropriate ones, which we are perhaps less familiar with. Some of the most useful postgraduate training I did was in family therapy at the Tavistock Clinic in London. Using some of the approaches I picked up at that time has saved me hours in consultation later in my career, and saved untold fruitless investigations and referrals for patients who neither needed nor wanted them.

One of the most pernicious features of a clinical consultation is the tacit assumption. It leads to all sorts of communication barriers, clinical risk, and generally wasted hours. It is almost always the right thing to do to call out what is going on. Developing skillful and sensitive ways of doing this is critical. When dealing with an aggressive patient, often merely pointing out the aggression will get people to calm down; for anxious patients, just reflecting on the levels of anxiety in the room often creates enormous relief that it is being recognised and taken seriously. Often using an imaginary third person can be a less threatening way of doing this, for example, “if someone was watching us talk I suspect they would wonder why you look so anxious.” It’s a powerful way of diffusing a difficult situation and starting a more effective line of communication. That’s not to say it is always appropriate to share everything. Making a judgment on what someone is ready to hear or share by checking this out in an incremental way is both sensitive and effective. So when assessing suicide risk, starting out with the “have you ever felt you can’t carry on” and gradually building up from there to more specific and searching questions like “have you made plans.” Practising building these incremental steps is important and will mean that you are eventually able to do it automatically.

When dealing with large numbers of the general public you will sometimes come across people who are unreasonable, unkind, or vindictive. This means that even if you are providing a superhuman level of perfection in your clinical performance, in the world of primary care complaints are inevitable. Primary care is in essence an exercise in managing uncertainty, and things are usually clearer to understand in retrospect. In fact, given the flawed complaints system we have in the NHS, often, patients or relatives are forced down this route when actually all they want is an honest explanation of what happened. You owe it to your other patients to not take them to heart and allow a complaint to undermine your performance, but you also have a duty to reflect on what happened and derive what learning is possible. Having respect for the humanity and probable suffering of the complainant and of your own need for peer support is likely to help soothe what will usually be a traumatic period in your career.

5. Understanding the back stories

In any clinical encounter there are two important back stories at play—the patient and the clinician. It’s something of a cliché that to understand a consultation effectively, the ideas, concerns, and expectations of the patient need to be understood. Of course this is true, but what we usually ignore is the clinician side of this. In modern parlance we might call this “mindfulness,” but the discipline of self-awareness and the ability to manage our own back story is one of the most important skills we need to develop. Not only will it make us better doctors, but it is the best early warning sign for us to recognise our own stresses and psychological wellbeing. We see our patients’ lives through the lens of our own emotional state, past experience, and world view, so building understanding and learning ways of managing this will help us see our patients more clearly. People don’t seem to talk of Michael Balint’s book, The Doctor, his Patient and the Illness, much anymore, but professionally I suspect it was one of the most important books I have ever read.

So there it is: the assimilation of 21 years of experience into five rules. By their very nature these things are over-simplistic, but I hope that this will stimulate some debate among clinicians and the public alike.