You would think that the word “knowledge” comes from the word “know”, but it isn’t as simple as that. The Oxford English Dictionary (OED) only says “probably”. The problem is that the noun and the verb differ markedly in both chronological occurrence and the sources of their earliest uses.

According to the OED, the noun appears in an East Midland source from the first half of the 12th century, but then not again until the 14th century, when it is found mostly in sources from areas that were formerly part of the Danelaw, a swathe of land that stretched diagonally across the country from Northumberland to East Anglia and the Kingdom of Guthrum, where Danish law predominated in the 9th century. The verb on the other hand is found in sources dating from the early 13th century onwards, and mostly in Southern sources, being rare in Northern sources before the 15th century. Etymologists therefore consider that the two words had different origins. 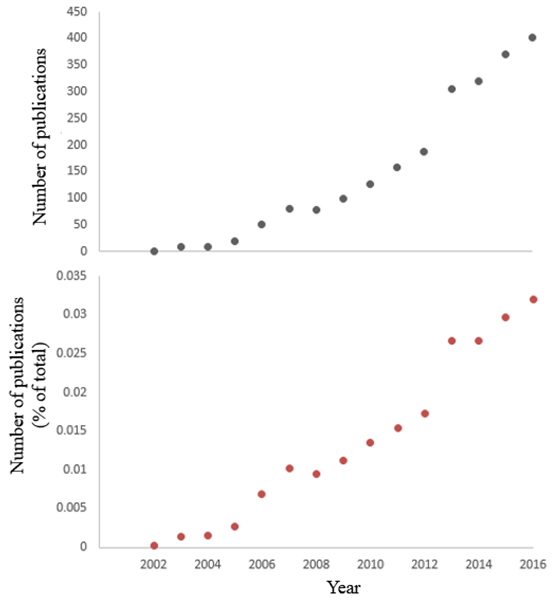 The earliest instance of the term that I have found is in the title of a dissertation in the Uppsala Universiteit in Sweden in 2001 by Soon-Gwon Choi “Knowledge translation in the internationalization of firms”, in which the author asserted that it was “a good framework for understanding knowledge modification and development in the internationalization process of firms”. He asserted that the concept of “knowledge transfer”, the process whereby businesses satisfy their need for knowledge about products, markets, and personnel by learning from other firms, said little about how the new knowledge that emerged was modified and adapted to fit new markets and organisations.

Lloyd and Roen then used the term as a keyword in a July 2002 paper, “‘When you smell smoke…’: ‘Risk factors’ and fire safety in action”. Their translation model, loosely derived from Bruno Latour’s Actor-Network-Theory, showed “the complexity of the social interactions that constitute safety in action”. They called “safety” a correlate of risk, but also asserted that “risk and safety do not form a ledger balance system where safety is the ‘remainder’, what is left over, when you remove risk factors.” Incidentally, Latour at first preferred alternative names for the theory, such as “sociology of translation”, “actant–rhyzome ontology” [sic], or “sociology of innovation”, but he then realised that the acronym ANT was a perfect fit for “a blind, myopic, workaholic, trail sniffing, and collective traveler. An ant writing for other ants, this fits my project very well!”

Then in 2002 Arne Ohlsson from Toronto defined knowledge translation as “the process of bridging the gap between the overwhelming amount of research data/information/evidence and its critical appraisal, synthesis, dissemination, and application as knowledge by influential role models [and] includes ongoing surveillance of the results of the implementation of new knowledge.” This definition implies, as Ohlsson pointed out, that systematic reviews of the literature are good examples of “knowledge management”, defined as “making proper use of the sum of what is known.” By conducting research that is driven by relevant, well defined questions and by using the most powerful study designs available, he asserted, researchers generate valid new information that can later be translated into knowledge and applied in the clinical setting.

The World Health Organization’s definition of knowledge translation is “The synthesis, exchange, and application of knowledge by relevant stakeholders to accelerate the benefits of global and local innovation in strengthening health systems and improving people’s health.”

It has been suggested that the term “knowledge translation” has “outlived its usefulness”. I agree. The term, specifically relating to knowledge, does not add anything to the ideas expressed by the idea of translational research in general, of which the generation and dissemination of knowledge is a major part, but not the only one. To dignify it with a distinct term ignores the inter-relatedness of all the factors that contribute to the numerous aspects of translational research.