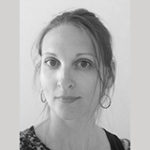 Recently The Citizen’s Assembly voted in favour of all women in the Republic of Ireland being able to access a legal abortion. This was monumental and an outcome that was unexpected.

The Citizen’s Assembly is a public forum made up of 99 members of the public who are chosen at random, and intended to be a broad representation of the Irish public. It was set up by the Irish government to help advise it on constitutional issues. The Citizen’s Assembly voted 64% to 36% in favour of introducing access to termination without restriction as to circumstance.

The members of the assembly were tasked with making recommendations to the government on what changes, if any, should be made to the current constitutional laws on abortion. It was chaired by Supreme Court Judge Mary Laffoy. Over six months, the citizens met and listened to hours of presentations by doctors, scientists, lawyers, theologians, and activists on the issues that surround reproductive rights and the rights of the foetus, in Ireland and worldwide. On one afternoon, they heard the accounts of women who have been directly affected by restricted access to abortion. Following this vote Justice Laffoy will now write a report to an Oireachtas committee. The committee will then make recommendations to the government, likely calling for a referendum.

The people of Ireland have become increasingly frustrated by restrictions on access to abortion, and momentum in support of legalising abortion has been gathering for some time, with groups demanding change, equality, and basic human rights. March for Repeal closed down central Dublin in March this year, whilst The Coalition to Repeal the Eighth amendment is a growing alliance of over 80 organisations, with Global Repeal projects popping up in cities all over the world.

More than 100,000 Irish women have travelled abroad to seek abortions since 1983. 1983 was the year that the Irish constitution was changed in an unprecedented way to enshrine some of the strictest laws against abortion in the world. This change is called the Eighth amendment. The law allows abortion only if there is a “real and substantial risk to the mother’s life, as distinct from the health of the mother.” Procuring an abortion is punishable by up to life in prison. In 1983 many people attempted to forewarn of the dangers in this political move. Attorney General Peter Sutherland argued that this amendment could create confusion for doctors in ambiguous situations where it is hard to judge whether there is a “real and substantial risk to the mother’s life.” However, political instability in the Republic at the time saw politicians on all sides grappling for the conservative vote. The issue was put to the public and the amendment was passed with a 67% majority. Enshrining women’s health (or the barrier to it) in a country’s constitution like this was unparalleled. More than 30 years later, the suffering and indignity caused by these laws are still being brought to bear.

Until the Eighth amendment is repealed, a lack of clarity for doctors and the fears of criminal proceedings against them will continue. As will the trauma caused every day simply by denying women choice and bodily autonomy. As soon as a woman becomes pregnant in Ireland she loses the basic human rights that every other patient with capacity has. Repealing the Eighth amendment is an urgent and necessary step to address this discrimination, but it is only the beginning. Until women are viewed as capable of making choices in their own best interests, gender inequality with, what the UN court of Human Rights called “cruel, inhumane and degrading treatment,” will continue to be a part of everyday life in Ireland.

Leah Desmond is a GP trainee in Brighton, originally from Cork. She divides her time between the NHS and a remote rural clinic in Malawi. She is a member of Doctors for Choice Ireland which is involved in advocacy, education, research, and activism with regards to women’s reproductive rights.