Are you a disease denier or a disease monger? Good GPs can only make sense by being both, argues Martin Marshall 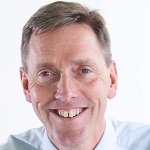 A middle aged woman had been told by our practice nurse that she had pre-diabetes and was prescribed metformin. She wanted to speak to me to understand what pre-diabetes meant. “Have I got a disease or not, Dr Marshall?” she asked, “And do I have to take these tablets?”

These are good questions. I could have introduced a bit of artificial certitude (a George Bushism) into the consultation, but, for once, I wasn’t running late. I felt like answering “Yes, you have, and no, you haven’t” to the first question, and “Maybe, but maybe not” to the second. Classic answers to questions that arise from the zone of uncertainty that GPs operate in for so much of the time. The fundamental problem, which I appreciated only later that evening over a glass of wine with my wife, was that I thought we were preventing a disease by prescribing metformin, but the patient thought we were giving her one.

My uncertainty problem is that screening for pre-diabetes is both a good and a bad thing, a paradox. Most importantly, it is an arbitrary judgment. The cut off point for diagnosing so called pre-diabetes was recently reduced by a group of experts in the US from a fasting glucose of 6.0% to one of 5.7%.

Overnight, this increased the prevalence of pre-diabetes threefold. Does this sound OK? Are we creating illness?

Huxley said that “medical science has made such tremendous progress that there is hardly a healthy human being left.” So where do you stand? Are you a disease denier or a disease monger? Good GPs can only make sense by being both at the same time. Such is the paradox of being an uncertainty specialist.

Martin Marshall is a GP in Newham, professor of healthcare improvement at UCL, programme director for primary care at UCL Partners, and leads the Improvement Science London initiative. He is also vice chair (External Affairs) of the RCGP.