What impact will Emmanuel Macron’s plans for health have in France and will he be able to deliver them?

France has just elected Emmanuel Macron as its new President of the Republic. The young leader of the new political movement En Marche! won a highly unpredictable campaign. During the political campaign, his policies for health have been defined progressively. As a former banker, and previously a senior civil servant in the Ministry of Finance, Emmanuel Macron has no particular competence in the area of health. However, two years ago, as a senior minister of economy in the Hollande administration, Macron ordered a report on “Medicine for tomorrow.” The project was mainly inspired by the digitisation of health and medicine.

Macron: a programme for health?

While health is not traditionally a political campaign theme in France, during the presidential debate, Macron articulated his proposals on both the general organisation of the health system and on more specific issues. A key idea of his programme was designed to counter a highly topical proposal made by his conservative opponent, François Fillon, who proposed focusing compulsory insurance on providing reimbursements to patients who have “serious and long term illnesses” (cancer, diabetes, cardiovascular diseases, etc.), and leaving complementary health insurance to cover standard healthcare. This proposal was met with hostility from the electorate. Macron proposed an opposing strategy, which consisted of a reinforcement of health coverage for patients with poor cover who have severe illnesses, and even the extension of integral coverage to badly covered services, such as eye and dental care. Macron also suggested that private insurance should be regulated more strictly, through a clarification of only three types of comparable contracts, instead of the existing myriad of them.

Macron proposes developing the multidisciplinary model of “maisons de santé” in primary care and to give more autonomy to hospitals at a local level. He promotes innovation, through special funding, and insists on the importance of prevention. While supporting more research in public health, he made an original and symbolic proposal by suggesting that young healthcare students should undertake a three months’ voluntary “sanitary service” to foster healthcare prevention. But beyond the main components of the programme, there are three crucial issues in the French healthcare system [1].

Firstly, the topical debate on the extension of insurance coverage and reimbursements for people with severe illnesses must be considered in a wider picture. In France, social security reimbursements to patients with a “long term illness” have dramatically increased over the past ten years, from 60% to 70% of the total public repayments [2]. The sickest patients, who represent only 17% of the population, are not that well covered and pay on average 750 euros annually out of their own pocket. [2] At the same time, routine care costs are less well reimbursed by social security—only up to 50%. In France, as in many countries, the financial sustainability of the health system is threatened by the growing incidence of chronic diseases and the cost of treatments for serious illnesses such as cancer.

Secondly, in this context, the role of complementary health insurance is crucial. This type of insurance covers 13% of health expenditure, compared to 77% by social security. [3] Three types of complementary health insurance share a market of 33 billion euros. [4] Private insurance accounts for 28% of the market, which they share with funds administered by trade unions and employer organisations and mutual (non-profit) associations. This market is characterised by strong competition, which develops risk segmentation and inequality in access to insurance, in premiums, and thus in healthcare spending.

Complementary health insurance organisations implement a risk selection process based on age, which is highly correlated with risk. Reinforcing their role would increase inequalities, and there would be uncertainty about whether they would have the real capability to fulfil the role they are expected to undertake: their capacity to insure is easy when the population is already well covered by social security, but it becomes uncertain if not. To remain viable, insurance companies would have to increase the amount of premiums and strengthen the risk selection to avoid catastrophic healthcare expenditures. Some may cease to insure people deemed to be at high risk. Not prepared to leave a part of the population uncovered, the state would stay ready to intervene. In some scenarios, the state could come to the rescue by absorbing failed companies into social security, as it has recently done for mutual associations for students. Initial attempts to privatise would then end up in nationalisation for all or part of the complementary health insurance market. Instead of such unintended evolutions, a wider regulation of the market of complementary insurance seems wise, and was considered by several of the presidential candidates during the presidential debate.

Thirdly, the underlying question of social inequalities in health insurance and healthcare is becoming a fundamental issue. While the French healthcare system in principle guarantees universal access to health services to all residents, it is in fact exposed to failures, e.g. 26% of French people state they have cut back some healthcare for financial reasons. [5] Access to specialised healthcare is socially segmented, penalising those with the lowest incomes. [6]

But beyond the care itself, social inequalities in health remain higher in France than in most other European countries. [7] The life expectancy of a male 35 year old manual worker is more than six years lower than a senior manager (and three years for women). [8] While most inequalities are not attributable to the healthcare system, and depend on many other health determinants (living and working conditions, lifestyle, environment, biology, etc.), the role of public health policies and the research and development of preventive care are crucial. Indeed, differences in the death rate between educational groups are among the highest in Western European countries and this situation is partly explained by the large magnitude of inequalities in healthcare use (especially for specialist and preventive care) and in complementary health coverage in comparison with other European countries [9, 10]. In the coming months, the new President will be called on to transform his proposals into actual policies. 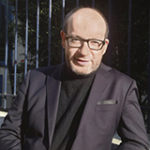 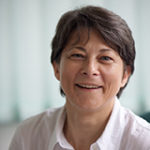