Conflict is a major cause of decreased access to diagnosis and treatment in many remaining malaria hotspots, says Estrella Lasry. 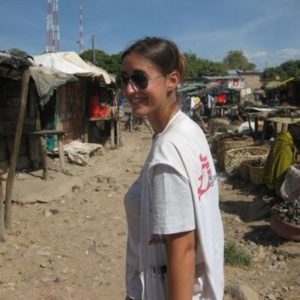 For this year’s World Malaria Day, the World Health Organization (WHO) has focused on prevention and reaching at risk populations. Investment in prevention was crucial to eliminating malaria from Europe and North America in the 1900s, and to sharply reducing the number of cases and deaths in Africa and Asia over the past 15 years—and is still badly needed in a world that sees over 200 million cases of malaria each year.

Médecins Sans Frontières (MSF) has included prevention in its malaria response for many years. Initially, this was mainly through vector control and increasing access to diagnosis and treatment (which helps prevent cases of severe malaria). But since 2012 we’ve done this through different types of chemoprevention, which provide protection for four to eight weeks after administering the drugs.

Use of these newer chemopreventive approaches has boosted success in key populations and helped enormously in scaling up preventive services. For example, intermittent preventive treatment of pregnant women (IPTp) with sulphadoxine-pyrimethamine remains effective in preventing the adverse consequences of malaria on maternal and fetal outcomes.

In 2012, some months after it became a WHO recommendation, MSF implemented seasonal malaria chemoprevention (SMC) in Mali and Chad followed by several countries of the Sahel, which led to an estimated reduction of 61-80% of the number of uncomplicated and severe malaria cases. SMC has now been incorporated into the national policy of 13 countries in the region, reaching over 15 million children under 5 in the past five years.

But contrary to overall global trends, some regions where MSF works continue to see an increase in cases—for reasons stemming from both natural and man-made causes.

Villages in some areas of Nigeria, Democratic Republic of Congo (DRC), and South Sudan become completely isolated during the rainy (malaria) season due to the swelling of rivers or marshes, with no qualified health staff among the population to prevent them from being totally cut off from access to care. Other populations are so far from any allopathic health facility that, in practice, they too are isolated. I once saw a mother in Katanga, DRC who had walked 80 kilometres in two days with a child with severe malaria in her arms.

Conflict is another major cause of decreased access in many remaining malaria hotspots. Population displacement in countries like DRC, Central African Republic, and South Sudan make it impossible for people to reach health facilities or for health workers to reach populations that are on the run, scattered, and hiding in the bush. These areas are often too unsafe for health actors to enter without themselves becoming targets of violence.

Other factors also limit the availability of prevention. Even if you owned a bed net, would it be the first thing you’d pack if you suddenly had to leave your home? Where would you hang it if you’re sleeping in the bush, in a different place every night? If you have more than two members in your family and only one bed net, who should sleep under it: the adults who need to be fit so that they can keep the rest of the family alive? Or the children, who are more likely to die if they get malaria?

Similarly, the different types of chemoprevention rely on either the population having access to a health facility or distribution site, or health workers having access to the population—preferably multiple times. This has proven feasible in stable settings, usually thanks to strong community engagement. But it becomes more difficult in areas of conflict—not only to ensure that the drugs reach people in a timely manner and are used correctly, but to monitor their impact on the number of malaria cases and deaths.

At times, MSF has struggled with these problems. For example, in implementing SMC in highly insecure areas of northern Mali and Nigeria: we distributed drugs for over 25 000 children, but were unable to assess the actual coverage achieved. Another case was the distribution of artesunate amodiaquine for prevention in an area of Central African Republic experiencing conflict and massive population displacement. Our teams reached out to the community and managed to distribute enough drugs to protect over 10 000 children under 5 for about a month. We will never know whether the drugs were used for those children, shared with adults, or not used at all. But is even this major caveat a good enough reason not to provide this potentially lifesaving protection?

Even if someday we have a very effective vaccine, we will need to ensure that it gets not only to those who are easy to reach, but also those whom health workers struggle to access—and who are therefore the most vulnerable. Without covering these gaps, populations will continue to contract and die from malaria. And the world may end up seeing a malaria resurgence, endangering the huge successes of this millennium.

Estrella Lasry is a tropical medicines adviser for Médecins Sans Frontières, based in Barcelona.