In the wake of Saturday’s March for Science, Nahid Bhadelia and Afsan Bhadelia argue that scientists must sometimes join the political fray to advocate for inconvenient truths

On this past Earth Day, 22 April 2017, tens of thousands of scientists, healthcare providers, educators, and supporters of environmentally sensible policies marched in cities across the world. We marched in two different cities—Boston and Washington, DC —united in our interests to advocate for planetary health and the meeting of human health and the natural systems that surround it. 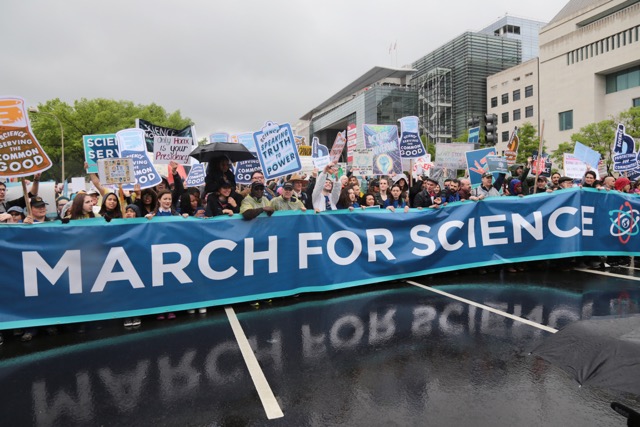 For us, as with many of our colleagues, our march was meant to be a statement against the rising anti-science movement, which falsely views lifesaving vaccines as an enemy of public health; environmental conservation efforts to protect the only planet we have as a hoax; and education in the sciences—which can serve to open doors to innovations yet to be discovered—as liberal propaganda. We marched for three main reasons. 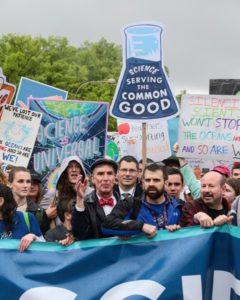 We marched against proposed budgets cuts by the current administration to the National Institutes of Health (NIH), the Centers for Disease Control and Prevention (CDC), the Environmental Protection Agency (EPA), and many of the governmental agencies that support scientific research and create the bedrock for public health. The proposed budgetary cuts would decrease the NIH budget by almost 20% and entirely eliminate the Fogarty International Center, which has been integral in building research capacity abroad, including against threats from emerging infectious diseases that are indiscriminate of national boundaries.

Perhaps what is even more jarring is that, while these cuts are being made, funding is instead being diverted to facilitate unproven, politically driven measures, such as building a physical wall between Mexico and the US, which most experts agree would not solve the problem of illegal immigration or drug trafficking.

We, as a public health researcher and a clinician, believe that our voices are critical to advocating for continued evidence based allocation of resources that remove barriers, not build walls. We stand at the border between science and public service, and clearly observe the connection between these forces of positive social change. If we cannot speak with passion about the importance of science and its integral place in society, how can we expect that anyone else will on our behalf?

We marched to speak up against what feels like a growing loss of trust in science among the American public. This process began years before Donald Trump was elected as president. Americans trust scientists more than they trust Congress, the media, or the business community, but only, it seems, when scientific evidence does not go against deeply held political, religious, or cultural beliefs. This represents a lack of understanding about how the processes of reaching scientific consensus operate. A false equivalency has arisen between scientific theories supported by years of empirical investigation and personal opinions in the public sphere. 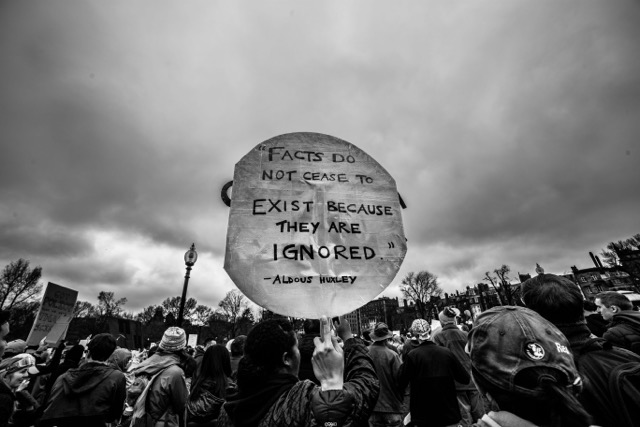 We are at a moment of crises. American students’ stagnating performance in science, as compared to other high income countries, demonstrates a sobering reality. If our public officials continue to roll back scientific research and training, the next generation will be even less equipped to understand the difference between opinions or beliefs and facts derived from scientific method. Science holds the key to unravelling universal truths that govern our everyday lives. Understanding such truths must be a societal value, not a political outcry. 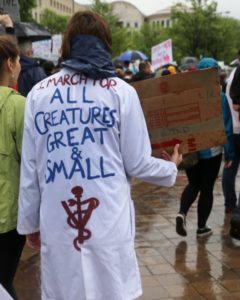 We marched as women of science who also marched in the Women’s March on 21 January 2017 in the same two cities. This March for Science was an opportunity for unified resistance and to call for reform that will protect the fundamental values of equality and justice, which have been undermined in the arena of science. Now, at the crossroads of unequivocally harmful policy changes, the collective conscience must recognize the longstanding disparities that undercut the reach of scientific progress. This is an opportunity to remediate past and present transgressions, as well as averting future ones.

We scientists maintain objectivity in our research. But the agnosticism we uphold until evidence supports a finding is not the same as maintaining neutrality when the findings are clear. In fact, science has always clashed with politics, because scientific truths can emerge in direct opposition to existing social, political, and religious dogma. As a result, scientists have always had to be advocates for inconvenient truths.

We cannot recuse ourselves from the current moment of crises because being apolitical in these situations is, in fact, akin to making a political statement in support of the status quo—a status quo that stagnates, and worse, digresses human development. 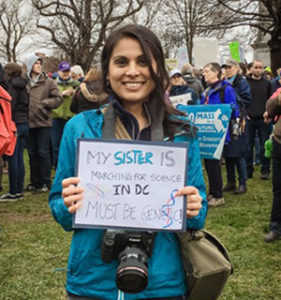 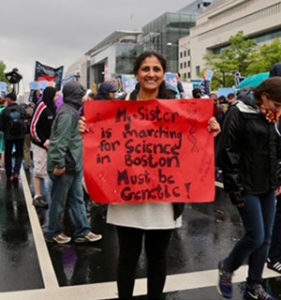