Avinash Supe discusses why there has been a spate of attacks against doctors in India and what can be done. 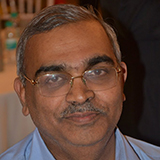 Recently strikes and protests by medical doctors have become a common global phenomenon. Most often the reasons why doctors go on strike are to demand pay increases or an improvement of their working conditions.

In India in the past week, an increase in violence against doctors has forced Indian doctors to go on strike. For five days, around 40 000 doctors from private and public hospitals in Mumbai and Delhi did not report to work in protest against attacks on doctors by patients’ relatives. More reports are now emerging that many doctors and nurses around the world face intimidation—either physical or verbal—from patients and relatives. The World Health Organization states, “Between 8% and 38% of health workers suffer physical violence at some point in their careers. Many more are threatened or exposed to verbal aggression. Most violence is perpetrated by patients and visitors.” Kicks, scratches, bites, and spitting are the most common form of attacks. There is a new epidemic invading medical corridors across the globe.

To deter such attacks, governments across the world have formulated additional new regulations to protect health professionals, however assaults on doctors across the world have not stopped. In India the reason for all these assaults has been misperception and unreasonable expectations among patients and relatives regarding healthcare and adverse events. The reasons for misperception involve many systemic issues, including inadequate state health budgets that lead to compromised health infrastructure, public hospitals that are overburdened with too many patients, poor doctor patient ratio, and the rising cost of healthcare.

In addition to failure of communication by health professionals, there is a growing mistrust towards the intent of doctors. Patients often have long waits to see a doctor, and there are delays in treatments due to the overload of patients. The violation of visiting hours, with too many relatives visiting patients at once, and the economic hardships of patients are all part of the root causes for such reactions. However, violence and attacks on doctors cannot be tolerated under any circumstances and should be condemned by all means. Laws to prevent violence against doctors in India do exist, but they need to be made stricter and implemented promptly .

There is a growing misperception and misunderstanding in the community that doctors are unnecessarily admitting and treating patients for economic reasons, creating a divide of mistrust. Mounting health bills for services, along with misperceptions like these, become triggers for violence against doctors. Despite medical science advances in investigations and imaging, diagnostic dilemmas continue to persist and the outcomes of treatment remain unpredictable in many conditions.

With the media reporting advances in medical science every day, the general public has started seeing diseases and death as an avoidable phenomenon. In a country like India where illiteracy is high, or in Western countries where malpractice suits are prevalent, such unpredictable adverse events are not accepted by patients’ families and can result in misperceptions and anger. This leads to attacks on doctors physically or in a court of law. There is a need for more awareness to change this perception. Doctors should not be held responsible for every adverse event as, most of the time, it is beyond the control of a physician. However, we must provide safe and effective hospital care to the community, which is also perceived as good value for money.

Medical education is a long process and doctors continue their learning for their entire career. Ideally, a doctor should be close to patients’ families to build trust among communities. However, in recent years we have seen physicians work in their own technical world, which results in a social disconnect between doctors and society. Society sees them as a group of people who are working in isolation in a complex scientific world and who are disinterested in them as human patients. We must bring back the concept of “family physicians,” who not only communicate well with families, but also help them to take value based decisions.

The number of guards at hospitals will increase. Security measures will be beefed up. However, unless mistrust, miscommunication, and misperceptions are taken care of, attacks on doctors will not stop completely. We condemn attacks on doctors, but the profession must look at itself and bridge the social disconnect between society and medical profession. That is the need of the hour.