Donald Trump’s bill to repeal the ACA has failed. Alice Murray and Saira Ghafur assess what happened and what impact this will have on US healthcare. 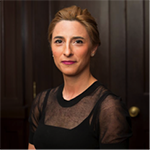 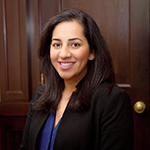 As quick as that, Donald Trump’s main election promise, to immediately repeal and replace Obamacare, was broken. A Republican majority in the House of Representatives and the Senate meant that this should have been a win; instead it resulted in the first legislative defeat for the administration.

Last Thursday, on the 7th anniversary of Obamacare being passed into law, the American Healthcare Act (AHCA) was scheduled to go to a vote in the House of Representatives, but was pushed back as Donald Trump, President of the United States, failed to get sufficient backing. There was a scramble for support and last minute changes were made. An ultimatum then came from the President on Thursday evening, to pass the bill or keep Obamacare. When he knew he had insurmountable opposition, the bill was pulled completely.

Why did it go wrong?

Republicans had voted against Obamacare 60 times, and battled it for seven years. In his concession speech on Friday evening, Paul Ryan, speaker of the House, said, “We were a 10 year opposition party, where being against things was easy to do.” However, during all that time they failed to lay out a realistic plan on what replace would look like. They underestimated the rift in their party and thought they could get it through in one month, all despite no party consensus.

The AHCA bill had been drawn up, released, and pushed through the checks and balances required at break-neck speed. Changes made at the eleventh hour with the aim of placating conservative Republicans, including the removal of mandatory essential health benefits coverage (e.g. maternity care and mental health services), 15 billion more to state “flexibility” funds,” and the retention of the tax on higher income earners under Medicare for 6 more years, were not enough. These had further cost and coverage issues that were not addressed by the independent Congressional Budget Score (CBO) score. Democrats were united and were never going to vote for the bill. Discord grew amongst the Republican ranks as moderates (especially in those states with a Clinton majority) feared the effects of scaling back Medicaid, whereas the Freedom Caucus felt changes did not go far enough towards repeal.

The Affordable Care Act (ACA), also known as Obamacare, had recently achieved its highest popularity ratings amongst voters, with 49% approval. Town hall meetings to discuss the AHCA were well publicized, with public show-downs between angry voters fearing coverage loss and their (Republican) congressmen. Since the inception of Obamacare the principle of “universal” healthcare has had a chance to filter through American life. Early polls on the AHCA showed that it was not a winner with voters either side of the divide, with only 17% approval.

The ACA is here to stay, for now. Paul Ryan declared Obamacare to be “the law of the land” and suggested that they would not prop it up, but let it fail, waiting until it inevitably “explodes” and the Democrats are forced to negotiate a different plan. The fact is, whilst the ACA has its problems, it is not on the verge of collapse, with continuous and steady enrollment in the marketplace and some analyses suggest premiums are stabilizing. Despite the loss, Republicans can still take executive actions without presenting a further bill, for example giving states more flexibility over the Medicaid program and not enforcing the individual mandate. There are still markets with only a few insurers (some states with only one) and Trump has a decision on whether to encourage insurers to come back to compete. The focus could also turn to other consumer issues such as pharmaceutical costs and managing health IT.

The collateral damage to the Republicans and the President remains to be seen. What will be interesting to see is how Trump voters will respond to a retracted election promise. By not repealing the law, at least Republicans have avoided potentially damaging town hall meetings during the April recess. Healthcare is no longer the central agenda as the focus moves on to tax reform. However this would have benefitted from a preceding healthcare bill, and is now made harder. The Republicans will need to find an extra 1 trillion dollars that repeal would have provided.

This was a major setback, of which there is no doubt, putting into question President Trump’s self-publicized negotiating skills and highlighting divides within the Republican party. In his book “The Art of The Deal” Trump says that in order to get the best deal, one must always be prepared to walk away. Americans may have just won big.