Pandora Pound discusses how mandatory sex education should be delivered so that it is effective. 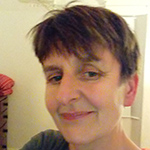 There have been significant positive developments such as increased gender equality and a transformation in attitudes towards sexuality, as indicated by the increasing number of countries introducing same-sex marriage laws. [3] At the same time however, mobile phone technology and widespread internet access have altered how young people learn about sex, bringing new opportunities, but also exposure to online pornography and new risks such as cyberbullying, sexting, and online exploitation. And against this backdrop some things have remained unchanged, for example 16–24-year olds account for most new UK diagnoses of sexually transmitted infections. [4,5] SRE has been regarded as vital for safeguarding young people and improving their sexual health, but provision to date has been patchy and the quality variable. [6,7] So there is absolutely no doubt about the need for statutory SRE and all those who have campaigned so long and hard to achieve this should be very warmly congratulated.

However the policy statement focuses overwhelmingly on what should be taught, with no mention of how that content should be delivered, nor by whom. Fortunately secondary school pupils have a lot to say about this when asked open questions about their SRE. One of their key messages is that they would prefer not to have their SRE delivered by familiar teachers. [8] This is not just because they perceive their teachers to be embarrassed and lacking the necessary expertise, but also because they feel that delivery by familiar teachers can blur boundaries and introduce awkwardness into the teacher-pupil relationship. Pupils’ concern with this issue is likely to depend on their age and does not appear to be such an issue for primary school children. [9] Secondary school pupils however, want privacy and confidentiality yet do not always trust teachers to maintain confidentiality, nor to be impartial or non-judgemental. The problem is that while improved training for teachers may result in them being more confident, knowledgeable, and accepting, those teachers are still familiar and the potential for awkwardness and blurred boundaries remain.

Friends and colleagues, when they hear pupils’ views on this, usually think back to their own sex education (if they had any) and intuitively agree that it seems inappropriate and awkward to be taught SRE by teachers. However, many experts and campaigners in the field of SRE feel that teachers are the only sustainable option. This is understandable because teachers, once trained, stay around for a long time and are a cheaper option than buying in external providers. They are also felt to provide continuity. But should sustainability trump acceptability? Can SRE be effective if it is not delivered in a way that is acceptable to young people?

To relate young people’s views on this issue is not to denigrate those teachers who deliver SRE. At present they are in the unenviable position of having to deliver teaching on potentially sensitive topics with little or no training, in public spaces that strive to be desexualised and with pupils who may robustly test their ability to deliver the lessons. Some teachers do a very good job against all the odds; others try their very best. But it doesn’t have to be like this.

One possibility is for secondary schools to have a dedicated and highly qualified SRE teacher who delivers SRE only and has no other role within the school apart from this. Such a person could offer expertise, confidentiality, continuity, and distinct boundaries. They could be shared by several schools or within academy chains. Another model that is appreciated by both pupils and teachers where it has been employed, is the co-teaching model whereby external sexual health professionals collaborate with teachers on an ongoing basis to deliver SRE. [10] Teachers report gaining confidence as a result of working alongside professionals and young people appreciate the involvement of external experts in their SRE, valuing both their separateness from the school and their expertise. [8] The presence of an external professional somehow makes it easier for all involved.

Statutory SRE is a huge step in the right direction but it is not a panacea. While there is quite rightly a focus on getting the themes and topics right for a new, statutory curriculum, there needs to be an equal emphasis on getting the educators right. This will be harder, but is absolutely necessary if this opportunity is not to be wasted.

Pandora Pound is a research fellow in the School of Social and Community Medicine, University of Bristol. She is funded by the National Institute for Health Research School for Public Health Research (NIHR SPHR). The views expressed are those of the author and not necessarily those of the NHS, the NIHR or the Department of Health. The funders had no role in the decision to submit the article for publication.