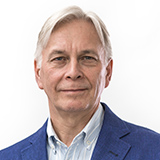 Seven years ago, my apparently well 26 year old son, Toby, died in his sleep of SUDEP—sudden unexplained death in epilepsy. Undiagnosed, he had bitten his tongue, quite severely, in his sleep one year previously. It was devastating to us as a family and to his friends.

I had never heard of SUDEP. I was not alone; even in 2011, neither had 76% of Canadian paediatricians caring for people with epilepsy. [1] I knew, as a paediatric cardiac surgeon, that there were up to 1000 young victims of sudden cardiac death (SCD) each year in the UK, including famous footballing victims. I did not know of the similar annual number of SUDEP deaths. Nor did I know about the disparity in research funding (cardiac research has up to 10x more funding than epilepsy research), the social stigma associated with epilepsy (persisting from the days of locking epileptics in asylums), the unwillingness of many neurologists to discuss the risk of SUDEP with their patients, or the challenges a family faces when the place of death, often the home, is treated as a crime scene. Many SUDEP deaths occur at night, and the most common causes of death in the second and third decades include suicide and accidental drug poisoning. That is what the police must assume, and there is usually a post mortem and sometimes an inquest.

Over recent years, and largely because of pressure from bereaved families, research into SUDEP has increased. There are specialist teams, for example at UCL, part of  the NIH “Center without Walls” for SUDEP research, and there is now an Epilepsy Deaths Register in the UK, but overall awareness remains low. What is known is that there are established risk factors for SUDEP, including frequent, and or chronic generalised tonic-clonic seizure’s (GTCS), either no or high dose anti-epileptic drugs (AEDs), nocturnal seizures, prone position, women of child-bearing age, and recent changes in therapy. A proportion has no previous diagnosis of epilepsy.

The final common pathway for death is probably a ventricular dysrhythmia, perhaps induced by hypoxia in the postictal state. And research has demonstrated a potential 20% overlap with cardiac dysrhythmias associated with membrane ion channelopathies.

There is much to be learned from both SCD and SUDEP cases. Yet the quality of post-mortems is variable, and the attitude, communication skills, and efficiency of coroner’s services are also something of a post-code lottery. Of course, there are resource issues both in health and justice, as a result of austerity politics, but the mark of a civilised society is how it cares for its young, and preventing avoidable deaths is a laudable aim. Sadly, for epilepsy there is wide geographic variability in service provision, guideline application, quality of supervision, and access to specialist care. Epilepsy is not included in the 5-year forward plan.

Preventative strategies, ranging from alarm devices, implantable defibrillators, and better ADE control to alert dogs need thorough research. The search for a cause requires genetic and metabolic science and above all tissue/blood from victims and their families. Our systems should support this, and definitely not get in the way.

Based on my own experience and that of other families, it is my view that we still need to raise awareness of both SUDEP and SCD. Epilepsy services must be redesigned, with rapid access to expert care and the post-code lottery abolished. All newly diagnosed patients with epilepsy should have a cardiac assessment. Post-mortem quality should be improved and tissue sent routinely to expert teams, and all clinical history data should go into a register, for both SCD and SUDEP cases. All coroners should encourage the science, not hinder it.  A declaration of death by natural causes does not help.

Finally, bereaved families may need a great deal of support to get on with their lives. The effects never disappear. You don’t “get over it” or “move on”, you are, quite simply, changed.

Martin Elliott is professor of paediatric cardiothoracic surgery at UCL & of Physic at Gresham College, London. He has been on staff at The Great Ormond Street Hospital for Children (GOSH) since 1984. He developed modified ultrafiltration and helped set up thoracic transplantation, tracheal surgery, and the clinical outcomes team at GOSH. @profmjelliott.

A longer, referenced text and the video of the  public lecture from which this paper is derived  are  available here https://www.gresham.ac.uk/lectures-and-events/sudden-death-in-the-young-a-terrible-waste.