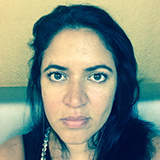 Horrifying new reports of famine on a vast scale in Yemen, South Sudan, Somalia, and Nigeria are emerging, signalling the lack of a real right to food among tens of millions of people. Climate change and conflict are leading to recurrent food crises. These unfolding episodes resemble the story of the last famine in Bangladesh, which was in 1974. In 1970, the Bhola cyclone killed half a million and left thousands more hungry; this was followed by the war for Liberation in 1971 with its large-scale human rights abuses. And then in 1974, the new nation of Bangladesh was devastated by the famine from which possibly 1.5 million people, already gravely weakened by poverty and recent events, died.

What marks Bangladesh out is that the 1974 famine had a positive outcome: it established a strong right to food that provided the foundation for further progress. Because, after all, what good could development projects do, if people were not eating well enough to survive?

The elite, the rural poor, and aid donors agreed on basic food security as a priority as it provides the foundation for bare survival. And this “subsistence crisis contract” has held up across successive governments of Bangladesh of all parties and regimes. The state, working with aid agencies and NGOs, has strengthened food security, at times by freeing food markets, at others by intervening for the vulnerable. A path towards labour-intensive industry has been followed, and social services have improved. NGOs worked wonders, in the space allowed. And hunger levels and disaster deaths have dropped, even if nutrition remains a moving target.

What Bangladesh has can be termed as the common sense approach to the right to food. This has a strong political foundation in the country’s history, but no formal legal basis to date. Yet this “common sense” right is no trivial matter. It reflects a broad social agreement on the obvious point that every Bangladeshi should be able to eat. It also includes a clear mandate for the state to act to make sure they can. Everyone understands what this means in practice, even if it is not always easy to enforce.

Qualitative research I have been involved with in Bangladesh and nine other countries in which we  looked purposely into how people view the right to food suggests that views elsewhere are similar to those in Bangladesh. Food is widely seen as a natural right, and in times of disaster, protection against hunger is a matter of citizenship, obliging the state to act. We found a legal concept of the right to food was not always meaningful: some people in Vietnam and Indonesia thought it strange or irrelevant, while in Bolivia and Kenya, people with lawful rights to food were disillusioned with the reality of the right to food. I was struck by one popular political theory: that governments usually do their best to tackle subsistence crises because failure is so politically costly. In practice, of course, a government that fails is not easily held to account.

There is much talk, these days, of a lawful right to food to strengthen accountability for protecting against hunger and malnutrition. Human rights organisations like BLAST are championing a framework law to formalise the right to food. But the globalized effects of food price volatility, climate change, and conflict mean that the right to food is a transnational, and not only a national, challenge. With the “threat multiplier” that is climate change which poses an increasingly live threat to food security, Bangladesh has no time to lose in building itself a robust legal and institution framework for the right to food.

Naomi Hossain works at the Institute of Development Studies at the University of Sussex. Her book about the effects of the Bangladesh famine, The Aid Lab, was published in 2017.