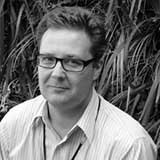 In the past few years, our focus at The King’s Fund—on integration, new models of care, and increasingly, place-based population health systems—has been concerned with the physical and mental health of adults, often older people. But we are increasingly aware of some of the trends, issues, and conundrums when it comes to the health of children and young people.

Why do I say conundrums? Well for a start, some important trends in children’s and young people’s health have been moving in opposite directions. Take the trends in health risk behaviours. Over the past 10 years we have witnessed steady and consistent declines in key areas of health risk-taking among children and young people, with steep falls in levels of smoking, alcohol consumption, and drug taking, and a reduction in behaviours and outcomes such as youth crime, suicide, and teenage pregnancy. These deserve a lot more celebration and, more importantly, understanding than they are currently receiving. There has been very little focus on why these improvements are occurring, the policies (if any) that are driving them, which children and young people are benefiting and which are not, and the long-term implications of this change.

But all is not rosy. Child obesity is stubbornly high while the much-promised “Olympic effect” on sports participation and physical activity seems not to have materialised at all; children in the UK are struggling at the bottom of the international league on a wide range of physical activity indicators. It is tempting to see the “rise of screen time” as a key cause of these findings, but the evidence is only now emerging and is unsurprisingly much contested. Finally, risky health behaviours cluster in younger people just as they do in adults; this is an inequalities problem, with engagement in multiple risky behaviours more common in adolescents from deprived backgrounds.

Children’s and young people’s health is clearly not just about risk-taking behaviours. We have learnt much about the critical paths to health, wellbeing, and social outcomes that experience in the early years (as disseminated by the Early Intervention Foundation and others) sets us on; and the added impact of adverse childhood events. And work by UNICEF has shown that the financial crisis—and how policy-makers have responded to it—has been a challenge to children and young people’s wellbeing, with the UK being one of the countries with the greatest increase in the numbers of children in severe material deprivation. Recent evidence also suggests that the self-reported health of teenagers in year 10 (aged 15 and 16) has fallen since 2005 (albeit from a high level)—particularly the mental wellbeing of girls. Depressingly—but perhaps not surprisingly—wellbeing is also socially skewed, with more reported problems in poorer groups.

The other conundrum is how the government has responded. On behaviours, the recent childhood obesity plan has been widely criticised for being only a partial response to the problem, and there seems to be little interest in learning from some of the really welcome behaviour changes referenced earlier, that have been happening for some time. The Prime Minister’s recent speech on mental health is very welcome, especially the planned Green Paper and its focus on the public mental health of children. But resources for mental health have not so far followed the rhetoric. Funding for early years services is also increasingly challenged, as local authorities (newly responsible for them in England) have to make tough choices on where to spend their ever-reducing public health budgets. Ultimately, children’s and young people’s services are among those paying the price for public health cuts.

So, while there have been some really welcome improvements when it comes to health risk-taking behaviours, other areas have not improved; and some trends in wellbeing, particularly for girls and for poorer children, have been going in the wrong direction. Why, when we are more aware than ever of the importance of early years to long-term health and other social outcomes, are these and other children’s services among those facing the biggest cuts? We welcome the Prime Minister’s focus on children’s mental health, but it’s time that the contradiction of resources and wider policies not aligning with what we know about the importance of children’s and young people’s health and wellbeing is addressed.

David Buck is a senior fellow, Public Health and Inequalities, The King’s Fund.