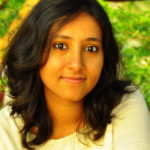 Female circumcision, known around the world as female genital mutilation or cutting (FGM or FGC), is recognised as a human rights violation by the World Health Organisation. It involves cutting or altering parts of the female genitalia for non-medical reasons. It is not much talked about in India and is known so far to be limited to a single community—the Dawoodi Bohra community. Although more severe types of FGC are practiced by several African communities, the kind that Bohras practice—cutting all or part of the clitoral hood—falls within WHO’s definition of Type 1 FGC. The practice is illegal in at least 40 countries, because there are no medical benefits to cutting any part of the female genitalia. In fact, even the mildest form of FGC can have harmful health consequences, including bleeding, swelling, painful urination, infection and reduced sexual sensitivity.

And yet, there are instances where it is taking place and is being performed by licensed gynaecologists who at times administer general anaesthesia on the child so that she has no memory of the procedure happening without her consent.

If most doctors and medical associations in India are unaware of such incidents, I wouldn’t be surprised. Until a few years ago, almost no one had heard of FGC being practised in India. Even international campaigns against FGM/C focused mainly on Africa. But in India, Bohras have been secretly circumcising their daughters for centuries. Like so many seven-year-old Bohra girls, I was cut as a child too.

We are not a large community—barely two million in number—but those familiar with Dawoodi Bohras know us as a close-knit, well-educated, wealthy business community with a reputation for being progressive towards women. But the Bohras are the only group known to practise FGC in India so far. Other Indian Muslim sects don’t even consider the ritual Islamic, because there is no mention of it in the Quran.

Bohra families, depending on who you speak to, give a variety of different reasons for practising female khatna. “It is in the religion,” “it curbs sexual desire,” and “it prevents pre-marital and extra-marital affairs” are the most common justifications. Other reasons include hygiene and health, specifically the prevention of urinary tract infections and other diseases. Medically, of course, there is no proof of such claims.

More recently, some Bohras have begun rationalising khatna with the strangest argument: they claim it is the same as “clitoral unhooding,” a surgical procedure that a number of doctors in Western countries perform on adult women to enhance sexual pleasure. It is claimed that by removing the hood covering the clitoral glans, the clitoris is more exposed and thus experiences more stimulation and pleasure.

Now that there is a growing movement against FGC within the community, many khatna supporters are trying to promote clitoral unhooding as a “scientific” justification for cutting all seven-year-old girls without consent. If this isn’t enough to mislead parents, we are also witnessing another disturbing trend: the medicalisation of khatna.

Medicalisation refers to the process by which the cultural, non-medical practice of FGC is treated as a medical condition, and performed by a trained medical practitioner instead of an untrained traditional cutter. For several years now, Bohras in bigger cities like Mumbai have been getting their daughters cut by doctors (though not necessarily gynaecologists) in Bohra hospitals or clinics. They have come to realise that untrained cutters are not only unhygienic, but are also more likely to cut more than intended—particularly if the child is kicking or resisting the cut. The trend is now also spreading to smaller cities and towns.

Undoubtedly, a doctor will perform khatna in a safer manner than a neighbourhood aunty with a blade. But medicalisation also promotes the entirely false idea that FGC, even in its mildest form, is medically beneficial and acceptable. Not all Bohras are affected by khatna in a uniform manner, and many say they have faced no negative consequences. But in the past five years, with the silence around this tradition gradually breaking, we have heard numerous stories of women who have been physically, psychologically, and sexually scarred by their circumcisions in a variety of ways.

What is a doctor’s responsibility, then, in the face of such a ritual? Two of the most basic pillars of medical ethics are to do no harm and to act in the best interests of a patient. Female circumcision has no health benefits and can potentially harm girls and women. For a patient, it serves no scientific or medical interest. In fact, since khatna is not a medical procedure at all, girls being brought to get cut can hardly be called patients. Besides, a seven-year-old is not capable of giving informed consent to the procedure.

Some doctors I know are already discouraging parents from getting their daughters circumcised. But others carry out khatna on little girls even if they are aware that it has no medical standing.

Now that the practice of FGC among Bohras is no longer a secret, perhaps it is time for medical bodies and doctors’ associations to take an official stand on the subject. There are already scores of activists working to end khatna by spreading awareness within the community. In a few years, India might even have a law against the practice. But strong medical opinion is just as important.

If the medical fraternity publicly and vocally condemns this practice, many more girls could be saved from the blade.

Aarefa Johari is a journalist with Scroll.in and the co-founder of Sahiyo, an NGO working to end Female Genital Cutting in the Bohra community.