Legal recognition of the right to food and nutrition can create the grounds for effective and systemic solutions for hunger and malnutrition. Recently, the media was abuzz with news of plans by the Scottish Equalities Secretary to legislate the right to food within Scottish law. This would be a step towards tackling food poverty in Scotland. This potential legislation will be historic, as Scotland will be the first country in the European Union (EU) to expressly recognize the right to food.

Despite rising numbers of food insecure households and a rise in the use of food banks all over Europe (see here and here), the right to food is completely absent from the fundamental EU treaties, the European Convention on Human Rights, and from the jurisprudence of national and regional courts. In other words, the right to food does not exist in the European laws, except for the recent regional law in Lombardia, Italy and the yet-to-be approved draft bill on the right to food in Belgium.

As one of us (JLV-P) discussed in a recent BMJ Global Health article, the stance of EU authorities and member states in the defence of human rights has not included the right to food as a fully-fledged right domestically. Europe is lagging behind Latin America in the protection of the right to food. The EU often fails to advocate for its inclusion in internationally-negotiated agreements such as the SDGs, where the right to food was deliberately removed at the very end of the negotiating process.

There are almost no EU funds to support advocacy, law- and policy-making process and implementation of this right domestically or internationally. Although Spain, Germany, Switzerland, and Norway have traditionally provided financial support to the UN’s Food and Agriculture Organization (FAO) for projects on the right to food, they have recently been replaced by Brazil and Mexico as actors in the promotion of the right to food.

In the EU and elsewhere, the right to food should be one of the pillars of public food policy, from food production to food waste. Protecting, defending, and fulfilling this right depends on recognising the dignity of hungry people, their legitimacy to claim the right to food, identifying spaces of collective participation where those most affected by food insecurity can contribute as citizens to public policy design, and coherence of all policies and legislations that may affect the right to food.

However it is defined, achieving this right requires education, awareness, and the production of new legal and political knowledge that will result from debate and dialogue. Please join the discussion on Twitter using #RightToFood and pitch your ideas for blogs to the BMJ Global Health Blog Editor at info.bmjgh@bmj.com. 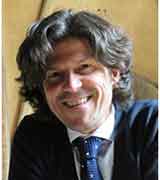 Jose Luis Vivero-Pol is a Research Fellow at the Center for the Philosophy of Law (CPDR) and Earth and Life Institute (ELI), Universite catholique de Louvain. Jose Luis has been directly involved in food law making and policy implementation in Latin America and the academic analysis of processes and outputs. 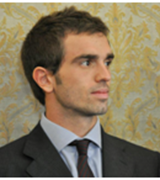 Tomaso Ferrando is an Assistant Professor, Warwick University School of Law. Tomaso also acts as scientific director of the Master on Food Law and Finance of the International University College of Turin and has been involved in the discussions and preparatory work that anticipated the Regional Law on the Right to Food in Lombardia.

Competing interests:  We have read and understood BMJ policy on declaration of interests and declare and declare that Tomaso supported the Lombardia region in the process that preceded the drafting of the regional law on the right to food and he is advocating, as academic, for the implementation of the law. Jose Luis was providing technical support, as FAO officer, to the development of right to food policies and laws in several countries of Latin America between 2002 and 2009, but he is currently undertaking his PhD on food transitions with no connections whatsoever with policy- and law-making. We have no other relevant conflicts of interests to declare.