News items about fraud and corruption in healthcare always attract a lot of attention, and 2016 was no exception. The most popular story on bmj.com this year concerned scientists at the top US public health agency, who were unhappy about a slew of what they saw as unethical practices that compromised their employer’s independence and often directed them “to do things we know are not right.” Concerned about the influence of “outside parties” and “rogue interests,” they took the unprecedented step of writing to the chief of staff at the Centers for Disease Control and Prevention, urging her to “clean up this house.” The CDC is yet to respond to the letter.

Sometimes news stories take off unpredictably, and so it was with the second most popular news item in 2016, which reported the plight of junior doctors in Poland. While trainee doctors in the UK had their own problems in 2016, perhaps the report from Poland offered a reality check to doctors throughout Europe. Salaries for junior doctors there are as low as 3170 zloty (£560) a month, working weeks of 60 to 90 hours are commonplace, and many doctors have to work outside their chosen specialty. As journalists we like to think that our headlines have an influence too, and we had some fun with “Junior doctors rise up in Poland,” but I also suspect that social media had a role to play in spreading this story. 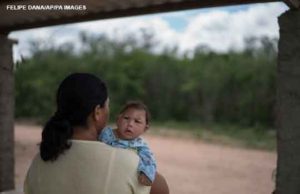 The year will also be remembered for the Zika virus. Pretty much unheard of before the year started, Zika was declared an international public health emergency in February, after the virus was linked to thousands of birth defects in Brazil. Several stories on Zika appeared in the top 20 on bmj.com in 2016, but the most popular summarised the main points in 60 seconds in January.

So why this finding? The researchers concluded that although the incidence of dementia associated with stroke, atrial fibrillation, and heart failure had fallen over the study period, and vascular health had improved, these trends could not fully explain their study results. 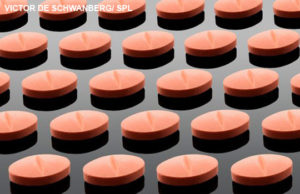 Could statins be playing a role? A study we reported in December (and can’t be included in the hit parade because it has it has not been online long enough) linked the use of statins to a reduced risk of Alzheimer’s disease. No doubt we will learn more about this association next year.

But it’s a timely opportunity to mention The BMJ’s ongoing campaign for patient level data to be made available by the authors of 183 trials of statins, with the aim of characterising adverse outcomes from published and unpublished information. Will 2017 be the year that The BMJ finally gets its hands on the data and is able to help answer the question of whether statins are more benefit than harm in people at low risk of heart disease? Watch this space.

Other hot stories for 2016 included: