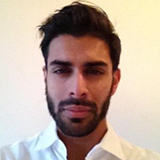 This past year has been particularly turbulent for junior doctors nationwide. Mired in a public standoff with the government and with lacklustre stop-start plans for industrial action, it has rendered them a workforce that feels at best confused and at worst abandoned by its union. It is safe to say that morale has sunk to a new low.

Yet another thorn in the already well pierced side of the junior doctor cohort is the dilemma of pay protection and the resulting pay inequity. Pay protection, a short-term measure allowing for financial stability during contractual changeover, safeguards employees, enabling them to plan and maintain fixed term outgoings such as rent and mortgage payments.

The practical application of said policy however seems to have been mismanaged at a trust level, leaving some foundation trainees with considerably higher levels of pay than their peers. The most prevalent model uses a trainee’s rate of pay immediately before changeover as their cash floor for the coming year, increasing the wages of those who fall short of the new contract rate (£26,350 p.a.), whilst “protecting” the pay of those already earning above it. This fails to take into account the rotating nature of the two year foundation scheme, whose six posts, each four months long, were individually pay banded, to account for their varyingly unsociable nature. In real terms, this sees some F1 trainees starting on unbanded pay (£22,636 p.a.), being paid something in the region of £8,100 less over the year than their peers, who started on a, now carried forward, 1A banding (£33,954 p.a.), regardless of the rigours, or lack thereof, of their new role. Not only does this place increased financial strain on departments such as mental health, who now have to pay their staff significantly more for the same role, it undoubtedly adds to the rancorous atmosphere surrounding many already disenfranchised foundation doctors. The outcome appears to flout equal rights to pay, with a few seeing their “loss of earnings” as outright discrimination. Others, noticeably the BMA, have a different outlook on the matter, arguing that everyone is a winner, some just being bigger winners than others. Though no one wishes to bear any resentment towards his or her fortunate colleagues, it does seem inevitable given this rather tactless approach to a clearly sensitive issue.  A minority of trusts appear to have acted pre-emptively, some choosing to move all trainees to a flat 1B band (£31,691 p.a.) before changeover, thus levelling everyone’s rate thereafter, others choosing to compensate those standing to lose out with a one off payment.

The question appears to be whether this is a moral quandary or a legal one. Should two professionals be paid dissimilar wages for precisely the same work, a hallmark typically of the private sector? Are some doctors being underpaid or are everyone’s contractual terms met with a lucky few in fact being overpaid? And does this technicality make any difference to doctors on the ground? At a time when workforce unity is perhaps the only thing keeping the service on its feet, an increasingly litigious work environment with pay reduction in any form seems untimely if not unwise altogether. By and large however, this latest debacle stands to be received apathetically, with those on the frontline becoming increasingly numb to the nowadays frequent disappointments.

The pragmatists amongst us will recognise this latest revelation as a footnote to the larger story, a distraction from a contract that still offers no protection to experienced doctors changing specialty, disadvantages women wishing to take maternity leave, and disincentivises specialties requiring further academic training, all alongside a significant pay reduction in many roles overall. We are yet to see the ramifications of the actual new contract as it is implemented, and whether any of the new policy offers any of the practical benefit it purports to. At the end of the day, there are only so many ways one can slice a chronically underfunded, understaffed, and overburdened cake, before it becomes obvious that there isn’t enough of almost everything that is needed to make it work. Well into the expensive winter months, some foundation trainees may find little reason to be thankful for their jobs this Christmas.