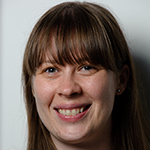 What does it mean to describe HIV as a long-term condition (LTC)? It has become common terminology in policy and media discussions, but the use of this phrase within NHS commissioning can still make some people living with HIV and some specialist clinicians uneasy.

The unease stems mainly from the concern that calling HIV a LTC may imply it is less serious or a less complex condition now that treatment is available. But many long-term conditions are serious and can cause serious illness in the absence of treatment. HIV will not for the vast majority of people require hospital admission, but it continues to be a complex condition that will need specialist clinical input into the foreseeable future. There are of course specificities around HIV, not least that it remains a stigmatised condition. The impact of stigma, however, is a consideration for how the NHS should meet the LTC support needs of people living with HIV—not a reason against framing HIV in these terms.

What people living with HIV need now is for the NHS in England to follow through on its promise, made in the Five Year Forward View (5YFV), of a future health service which is based on person-centred care for people with long-term health conditions.

Earlier this year, NAT held a national conference on HIV in the Future NHS and have now launched a major policy report on the same topic.  The report considers the opportunities presented by the 5YFV New Models of Care and by Sustainability and Transformation Plans (STPs)—but also the significant commitment required at a local level in order to overcome barriers to care and meet the long-term condition support needs of people living with HIV.

Specialist treatment and care services provided by HIV clinics in England of an exceptionally and consistently high standard. 96% of people living with diagnosed HIV are accessing antiretroviral treatment and of those on treatment, 94% had achieved viral load suppression. These outcomes apply equally regardless of ethnicity, gender and route of HIV acquisition.

Life with HIV is more than antiretroviral treatment, however, and the future NHS can do more to support the wellbeing of people living with HIV. HIV is associated with a range of other conditions, some of which are also long-term. Two-thirds of respondents to the Positive Voices study of people accessing HIV care in England and Wales reported having at least one long-term condition other than HIV, increasing to three-quarters of respondents aged over 50.1 One in three people accessing HIV care in the UK are now aged 50 or over.2 The prevalence of psychological and psychiatric problems among people living with HIV is substantially higher than in the general population.3

HIV clinics cannot meet all health needs in-house, but shared care with primary care remains far less the norm than it is for other complex LTCs. The experience of patient ‘ping-pong’ between GP and HIV clinic, where each believes the other is best-placed to provide a specific aspect of treatment or care, is well known and a range of clinician-led initiatives are aiming to reduce its impact. When combined with a chronic shortage of GP appointments on the one hand, and less-frequent routine HIV monitoring appointments on the other, however, being ‘ping-ponged’ between clinic and GP becomes less of an annoyance and more of a serious risk to care.

STPs and new place-based models of care promise to overcome organisational barriers to provide LTC services which wrap around the individual.  This is challenging enough for most specialised services, with cooperation from CCGs, NHS England national and regional commissioners. In the case of HIV, where specialist services are historically embedded with local authority-commissioned sexual health clinics, effective new models and STPs will also need to draw in clinical services which are provided outside of the NHS.

HIV services have an impressive history and ongoing practice of innovation in holistic care, peer support and self-management—all of which feature heavily in current discussions about the future NHS. HIV should therefore be the perfect case study for what NHS England wants to achieve for long-term condition management: spanning prevention, specialist care, psychological and social support. This is exactly the territory which STPs should be covering. It is time to move away from a narrow focus on the fundamentals of primary prevention, testing, and specialist medication, and shape a future NHS that is fit for the long-term needs of everyone living with HIV.

Competing interests: The HIV in the Future NHS conference and report was supported by grants from Gilead Sciences and Viiv Healthcare.