In my last two blogs I discussed empathy and suggested that it may take different forms. Here I expand on those ideas and compare sympathy, empathy, and compassion.

Nevertheless, I do believe that it is possible to strive for sufficient understanding to generate feelings that, while not exactly mirroring those of the other, may be sufficiently similar to be regarded as empathic. This has been called “emotional resonance”, a term that comes from German (“der Gefühlsresonanz”), which originally meant affecting others by arousing their emotions (for example, through literature). I would call it cognate empathy.

Even so, I believe that it will not always be possible to achieve this, particularly in clinical encounters that represent merely a brief snapshot of the patient’s circumstances. In that case one has a choice between being non-empathic (which I take to be undesirable) or striving to use whatever understanding one has managed to acquire to give the other person the impression of empathy. This I call impressionistic empathy. I do not regard this as in any way meretricious, as some might think. Impressionistic empathy should be an acceptable substitute if empathy is desired and true or cognate empathy are not achievable. 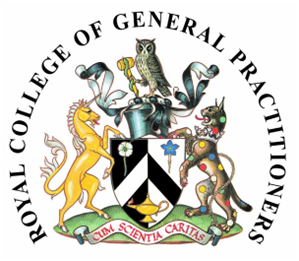 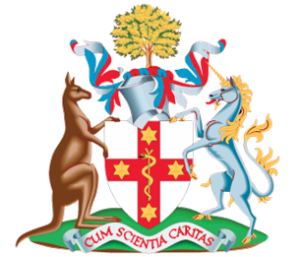 The hypothetical IndoEuropean root P[A]EN meant “almost” (Latin paene). A penumbra is almost a shadow, a peninsula is almost an island, and penultimate is almost at the end. Some have explained pain as what you suffer when you are almost dead. This is not fanciful; the EQ5D, an instrument for quantifying health states, can generate negative values in health states that are considered worse than death.

Others have hypothesised another root, PEI, to hurt, whose zero-grade suffixed form PƏ-TO gave πάσχειν in Greek and pati in Latin. The former meant to have something done or happen to you, to be affected by, to suffer; the related noun πάθος, which gives us pathos and words ending in -pathy, meant something that happens, what one experiences (good or bad), an incident or accident, hence a misfortune or calamity, and so emotion or passion. The latter, which gives us patience and patient, passion and passive, meant to experience or undergo, to endure or bear with equanimity, to suffer.

Adding the Greek prefix σύν (= with) to πάθος gives sympathy, and adding the Latin prefix cum (= with) to passus (the supine of pati) gives compassion. But whereas the Greek primarily connotes general feeling, the Latin more clearly connotes suffering. This contrast emerges in the definitions in the Oxford English Dictionary. Sympathy is “the quality or state of being affected by the condition of another with a feeling similar or corresponding to that of the other; the fact or capacity of entering into or sharing the feelings of another or others”; compassion is “the feeling or emotion, when a person is moved by the suffering or distress of another, and by the desire to relieve it”. Compassion is elsewhere defined as “sensitivity to the distress of self and others, with a commitment to try to do something about it and prevent it.”

Compassion therefore does not require one to achieve complete understanding of the other’s perspective and circumstances, engendering exactly the same feelings, it merely calls on one to imagine what it might be like to suffer in the way that the other is suffering, which, if achieved, will engender the corresponding emotion, which can then be conveyed.

It has been argued that compassion is not as rich a construct as empathy and that empathy should be preferably cultivated. I disagree. True empathy, is not, I believe, achievable and impressionistic empathy is second best. But what I have called cognate empathy is closely akin to compassion. We should concentrate on teaching the importance of compassion rather than struggling with the complexities of empathy.

In 53 inpatients with advanced cancers, empathy and compassion, unlike sympathy, were both beneficial, but compassion was preferred. I believe that that makes sense.