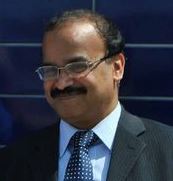 Many years ago I saw a young man who helped me to focus on the importance of raising public and professional awareness of sarcomas, a rare cancer.

He had a painful thigh swelling. This was initially presumed to be a sports related injury and resulting haematoma and he was referred to a local hospital. He had an ultrasound scan and a diagnosis of a harmless swelling was made. He waited many months for removal of the harmless swelling. The swelling was getting bigger and more painful. When he had surgery, the surgeon realised that the swelling did not look like a harmless swelling, and took a biopsy. Unfortunately, this turned out to be a osteosarcoma and he was urgently referred to our specialist centre. When he had appropriate tests, it was found that the cancer had already spread to his lungs. The cancer was too advanced for curative treatment.

It is unsurprising to read in the press about delayed or missed cancer diagnoses, especially with rare cancers like sarcomas. Often the story is presented as one of wilful neglect on the part of health care professionals, who purportedly fail to perform their duty of care. These professionals, with much medical experience, many years of training and a genuine desire to help patients, don’t set out to deliberately delay the diagnosis of a rare cancer like sarcoma. Factors including the rarity of the condition (the average GP might see one or two new sarcoma patients in their career) and the lack of training, which can lead to incorrect diagnosis, make it exceedingly difficult to ensure early diagnosis. Furthermore, sarcoma is a rare cancer, affecting about 3800 patients per year in UK.

The main difficulty in ensuring the correct identification of sarcomas arises from the lack of relevant information provided during medical training. Unfortunately, because of the rarity of sarcomas, education about them is unlikely to become a part of the undergraduate medical curriculum. This may mean many doctors qualify with little or no knowledge of sarcomas and will subsequently be unable to correctly identify them and recommend the necessary treatment. As the saying goes: what the mind does not know, the eye cannot see.

This results in a situation where someone’s condition, with “obvious” features of a sarcoma, is mistaken for a more common condition, as the symptoms of a sarcoma can be complex or non-specific and mimic those of more common conditions. The incorrect, common diagnosis also makes it difficult to think differently about the symptoms and treatment in subsequent consultations until the rare cancer presents obvious signs and symptoms that can’t be ignored. In a UK survey of a group of teenagers and young adults with cancer, 42% of those with soft tissue sarcoma said they visited their GP more than five times before they were referred to hospital and between 19% and 53% of new patients with soft tissue sarcomas are referred to sarcoma centres are following inadequate initial tumour removal.

The struggle to pre-emptively diagnose is further compounded by the difficulty in raising public awareness of rare cancers like sarcomas. Obviously, harmless swellings occur far more frequently than sarcomas and it is important not to over-emphasize sarcomas in public awareness campaigns. Patients do, however, need to take some responsibility for their own health. Many leave tumours to reach a large size before visiting a doctor as sarcomas are usually painless and many patients feel that there is no need for medical intervention unless they experience physical or functional impairment. For most patients, the possibility of a cancer diagnosis is also a cause for fear, resulting in reluctance to seek medical advice about what is deemed a strange swelling. Hence, it is important to emphasize that sarcomas are treatable, especially when diagnosed early, and that there are a number of people who have been cured.

Raising public awareness in tandem with professional knowledge through a variety of grassroots initiatives, working with charities like BCRT and Sarcoma UK will hopefully result in early diagnoses, avoid inappropriate treatment and improve the outcomes and survival rate for sarcoma patients of the future. Similar comprehensive approach could be used to promote awareness and early diagnoses of other rare cancers.